This recipe was taken from the website www.silive.com out of Staten Island New York.  I would like to thank the writer Pamela Silverstri for posting this wonderful recipe for the world to try!

A word of warning!  Each serving has 780 calories!  This stuff is amazing but do not eat to much of it.

Beer suggestions for this recipe are brown ales or winter ales.

Lets start with the most important part of this recipe.  The beer selection!  I chose to use Howe Sound Brewing’s Rail Ale Nut Brown. 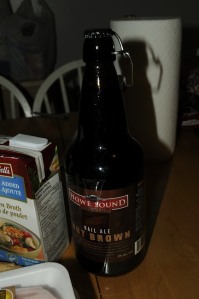 Lets get the food cooking!

Start out by prepping the vegetables by chopping the garlic, slicing the onions and shallots and cubing the carrots and parsnips.

In a large Dutch oven over medium-high heat, sear the pieces of pork belly until golden brown, about 1 to 2 minutes per side.  Transfer the meat to a plate and drain off all but 1 tablespoon of fat from the pan. 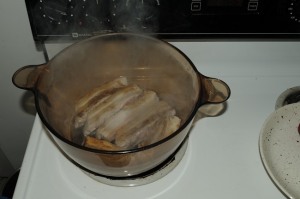 Lower the heat to medium and add the onion, shallots and garlic.  Cook, stirring frequently, until tender and beginning to caramelize, about 8 to 10 minutes. 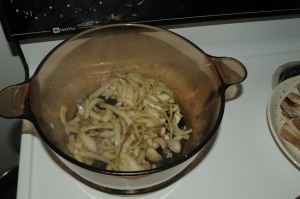 Add the beer, brown sugar, 1 teaspoon of salt and 1/2 teaspoon of black pepper.  Bring to a boil and reduce by half, about 10 minutes. 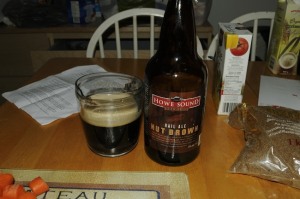 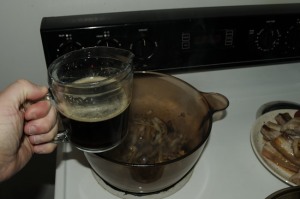 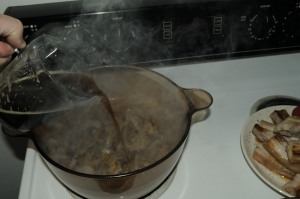 Pour yourself a glass of beer.

Return the pieces of pork belly to the pot.  Add the carrots, parsnips and chicken broth. 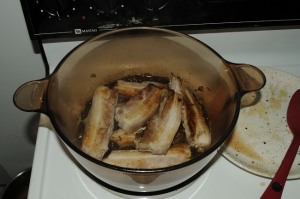 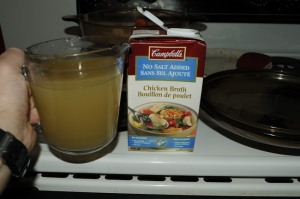 Bring up to a simmer and cook for 1 hour 45 minutes to 2 hours, or until the meat is meltingly tender.  Enjoy that much deserved beer that you poured just a little while ago. 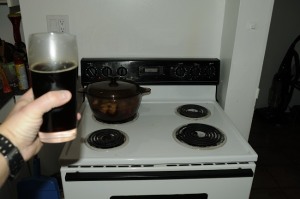 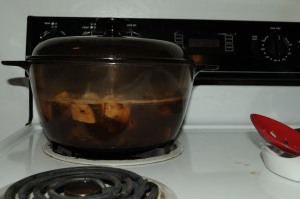 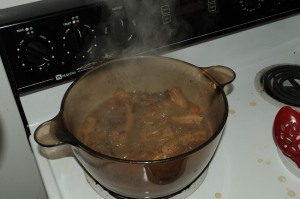 Using a slotted spoon, transfer the pieces of pork belly to a plate, cover with foil and set aside.  Cut off any extra rind from the pork belly at this point. 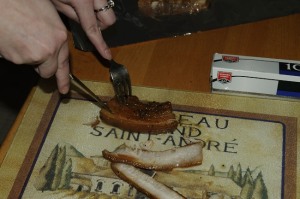 Bring the remaining ingredients up to a boil and reduce to 2 1/2 cups. 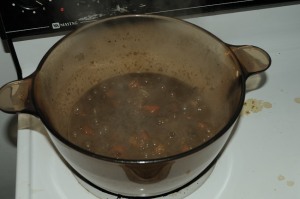 Working in small batches as needeed, transfer the mixture to a blender and carefully puree.

Return the puree to the pan, then stir in the heavy cream and balsamic vinegar.  Season with salt and black pepper. 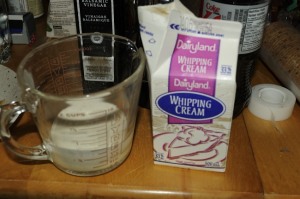 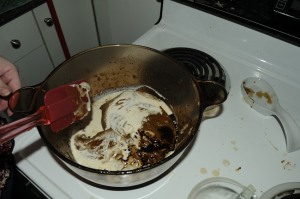 Serve the vegetable puree with the pork belly as a gravy!  Also pairs well with mashed potatoes or over egg noodles.

These pork bellies were so popular at christmas dinner that I have been asked to make them again for a dinner coming up later in January!  My Sisters boyfriend is a chef and he went mental for them!  Score one for me who actually hates to cook (unless beer is involved).  Just remember each serving is a huge dose of calories.  That being said we all had two pieces.  Muahahaha.