From Petaluma California’s Lagunitas Brewing Comes their accidental beer the “Brown Shugga'”. This brew was a failed attempt at their Barleywine in 1997. The beer pours a deep copper colour with an off white head. The aroma is of malts, floral hops and citrus. The flavour is of caramel, malts, mild pine, hops bitterness, citrus and lots of brown sugar. The alcohol content comes in at 9.99% with an IBU of 51.1. This is a very tasty brew and I totally understand how this accident is now one of their most popular beers!

Commercial Description: we believe this special ale is something unique. Feeding brown cane sugar to otherwise cultured brewery yeast is akin to feeding raw shark to your gerbil. It is unlikely to ever occur in nature without human intervention. And it looks weird besides. But it has happened and now it’s to late.  Originally a failed attempt at our 1997 batch of Olde GnarlyWine Ale resulting in an all-new-beer-style we like to call irresponsible. 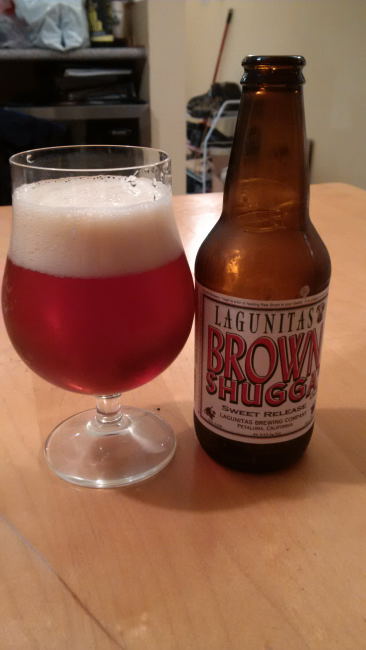