Coming from Powell Street Craft Brewery’s brand new location comes their very first seasonal release out of the brewery.  The “95 Pounds of Wet Hop Goodness” a wet hop pale ale comes out just after the hop harvest so that undried hops can be used in the brewing process.  The beer pours an amber colour with an off white head.  The aroma consists of floral and earthy hops, citrus, malts and an overall freshness.  The flavour was of earthy malts, hops oils, pine, citrusy lemon and malts.  The beer tasted very fresh which makes sense as it was only release the day I purchased the bottle.  The alcohol content comes in at 6% with an IBU of 30.  This was an awesome fresh hopped pale ale although I do think that this years hop harvest was not as good as previous years with less oils being released and thus less flavour being passed onto the beer.  Never the less pick up a few bottles of this minimum and drink them up quick.  Fresh hopped beer should never sit very long as the hop oils start to break down fast when they are not dried. 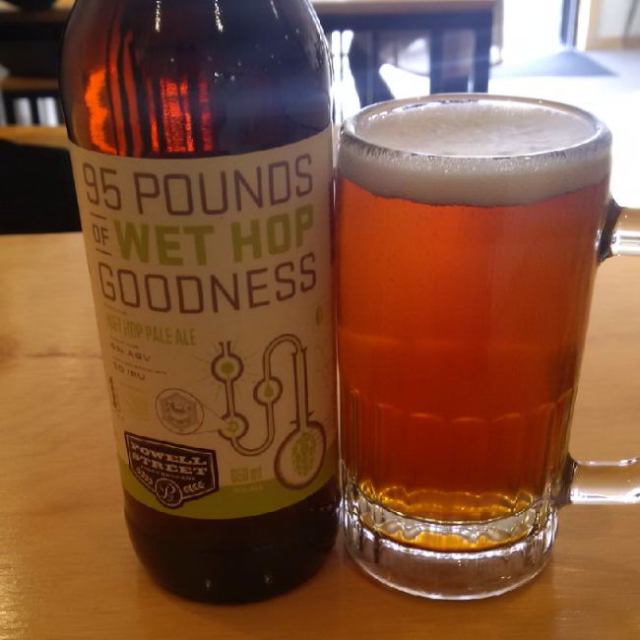