BC Beer Bloggers Local Winter Favourites – This special review is part of a multi-blog collaboration between five BC Beer Bloggers (including a guest from over the mountains in Alberta) where we each chose our top three local winter releases and are blogging about them. Please take a look at the bottom of this review for the other links to see all the beers we chose in no particular order and bookmark these sites so you can check them often.
West Coast Beer Geek

Winter beers are often higher in alcohol content and darker in colour.  With higher alcohol content comes the opportunity to age beer and see how they change over time.  With this in mind I got my hands on Howe Sound Brewing’s 2013 and 2014 vintages of their “Woolly Bugger Barelywine”. 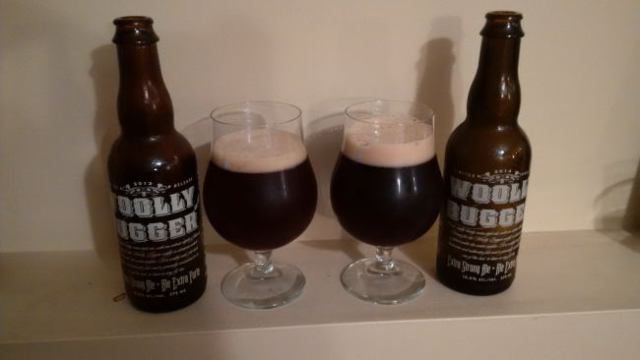 When I poured both beer side by side I did notice that the 2013 was slightly lighter in colour although both were a dark chestnut colour.  Much like the differences in colour the 2014 had a much more active and larger tan head than the 2013. 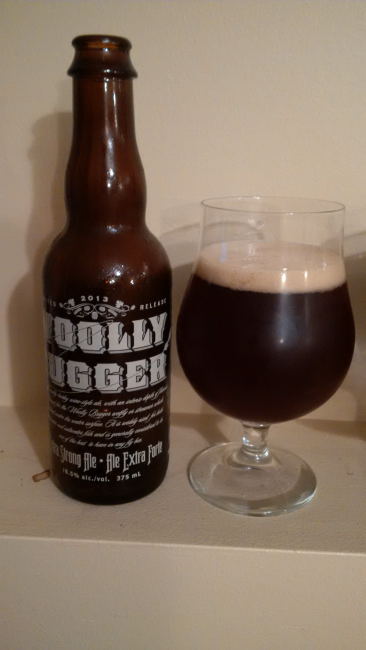 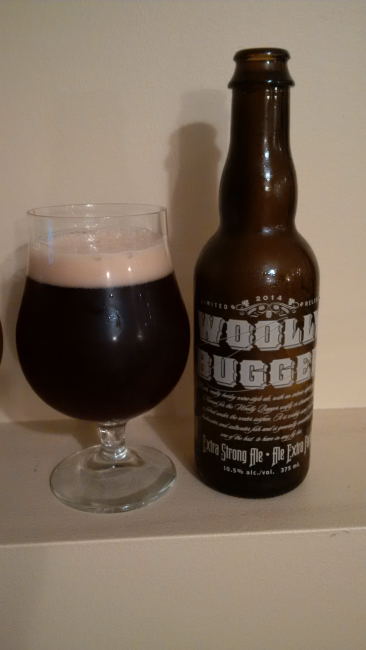 The aroma consists of dark fruits, sweet malts, caramel and some brown sugar.  The flavour is of dark fruits, big malts including caramel, brown sugar, sweetness, hops bitterness and pine.  This beer is still fairly hot with alcohol but it is still very drinkable.  It is obvious that this beer was fairly fresh with the high alcohol content.

Both Vintages of this beer come in at a big 10.5% alcohol by volume and an IBU of 75.  As both versions warm up the flavour builds and this is quite noticeable with the bitterness.  With a year of aging this beer looses a big chunk of its boozy nature and the malts take over.  Not every beer should be aged but when it comes to big winter ales like Barleywines it is almost better to buy a couple bottles and hold onto them for at least a year before consuming.

Commercial Description:  A rich, malty barley wine-style ale, with an intense the depth of flavour. Named for the Woolly Bugger wet fly, one of the most effective and widely used patterns in fly fishing. Brewed with pale, crystal, cara, chocolate and special B malts, Nugget, Fuggles and Golding hops, water and ale yeast.

Food Pairing as per brewery:  The malt & caramel flavours of this barley wine make it a great accompaniment with hearty meals and desserts and aged cheeses, nuts and winter specialties.

Participating Bloggers: be sure to check them daily, I’ll add in their links as they go up!

Mike’s Craft Beer – Not for the weak of taste buds. Lots of great beer reviews, brewery reviews and events on this site.

Dennis the Foodie – Weaving a personal story of food and beer in Vancouver, BC. Very thorough food reviews, great photos and beer pairings.

Beer Rater – A beer guide without all the fluff, just some straight forward drinking advice.

How to stay tuned into what we are doing? Look for the hashtag #bcbeerbloggers as we will be using it a lot. Please engage us in conversations, enjoy our posts, try these beers and share our work if you like it.