Once again the Fest-Of-Ale in Penticton was a massive success this year!  Just like last year the entire festival wrapped up with a huge cask festival at the Kettle Valley Station Pub called Murderer’s Row on April 11th, 2015.  This is a small event with tickets being highly sought after.  A large portion of the tickets go to breweries so if you get tickets you are guaranteed to be rubbing elbows with brewing royalty in BC.

There were 11 casks on offer and the beer were poured into 12oz glasses. 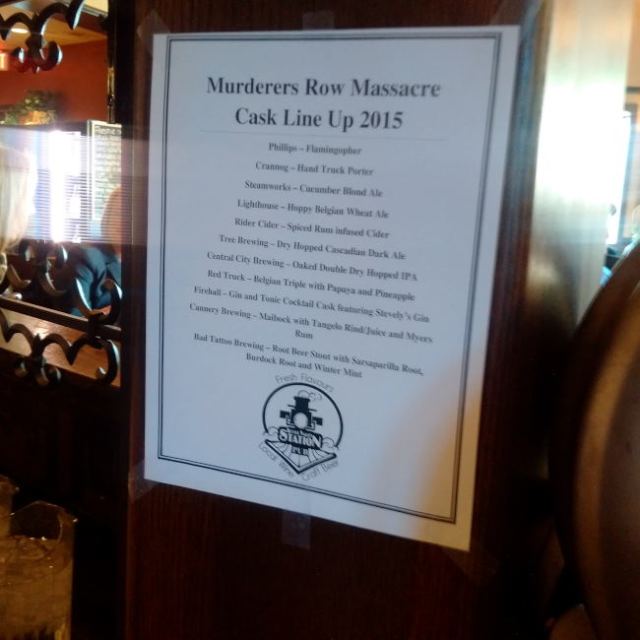 I was able to try a bunch of the casks including the following ones (only because I went back to my hotel for a nap before this event). 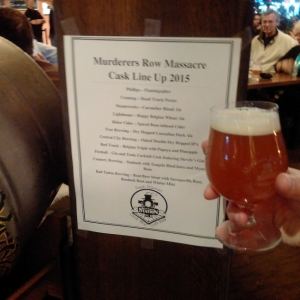 Of course every good beer fest needs great food and this pub has good food in spades.

With all the beer being consumed I went for a very healthy option but they have a full pub menu with pizza and burgers and the likes.

If you have ever wondered what 11 casks look like all stacked together it is quite the site to see.  It is a rare chance to see so many casks to tightly packed. 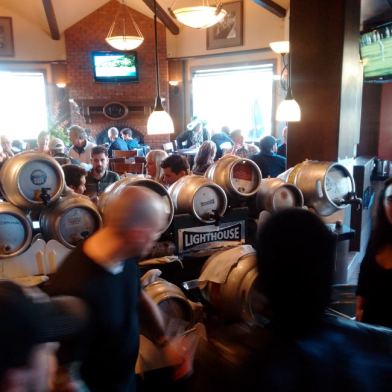 The following are some more photos of the event.  There was a great musician on stage also that played some of the best classic rock.  As the night went on people got to singing along with the musician and some even danced. 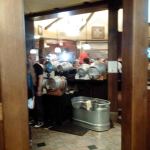 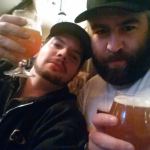 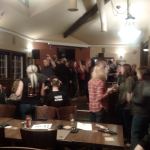 Full sized photos can be found here
If you would like to see a different look at the event check out Beermebc.com‘s post on the event.