From Aldergove’s Dead Frog Brewery comes their new “Wet Hopped SMASH” a wet hopped single hop single malt beer.  This beer is a pale ale but I mistakenly poured it into an IPA glass.  The beer pours a golden colour with a while head.  The aroma consists of grain, tropical fruits and some earth.  The flavour is of lemon, tropical fruits, sweetness, grain, earth and some hop oils.  The alcohol content comes in at 5.8%.  Although not a complex beer due to only one hop and one malt used it is a pretty nice way to train your pallet on flavour and aroma. 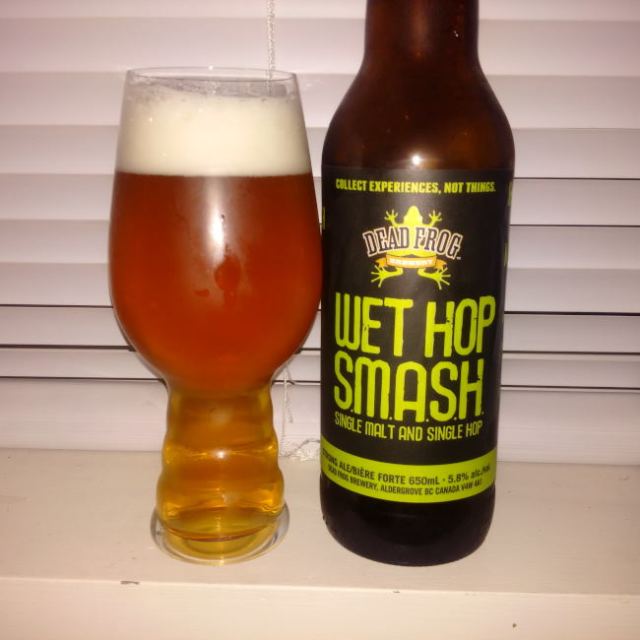