From Canmore Alberta’s The Grizzly Paw Brewing Company comes their “Barley Wine” 2014 limited Edition brewed at the original Brew Pub location (#622 Main Street Series).  The beer pours a very deep brown with a brown head.  The aroma consists of toffee, dark fruits, cherry and sweetness.  The flavour is of caramel, toffee, cherry, dark fruit, earth, tobacco, resin, bitterness, sweetness and some alcohol.  The alcohol content comes in at 8.7% with an IBU of 61.  Not my favourite interpretation of the style but it is a tasty one none the less.  I always like when people play fast and loose with beer styles.

Commercial Description: Grizzly Paw Barley Wine was brewed in 2014 at the original downtown brewpub location, and has been awaiting release since then. The 8.7% abv and 61 IBU ale is described as follows:  A big luscious ale with flavours of apricot, plum and black currant mingling with a rich maltiness, balanced by a spicy hop bitterness and alcohol warmth which will continue to mellow with age. 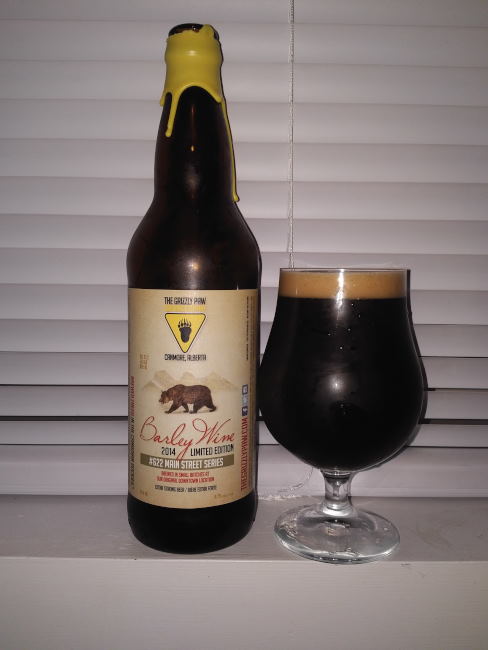