From Edmonton, Alberta’s Alley Kat Brewing Company comes one of their Dragon Series the “Red Dragon (Dragon Series) Double IPA”. The Dragon Series is a series of Double IPA’s being release every two months using different hop varieties.  The Red Dragon pours a copper colour with an off white head. The aroma consists of melon, lemon, floral hops and malts. The flavour is of lemon, citrus rind, melon, caramel, earth, pine, bitterness and resin. The alcohol content comes in at 7.5% with an IBU of 75 IBU. Like always this was a tasty Double IPA coming out of Edmonton.

Commercial Description:  Aroma’s of pine and citrus give way to a caramel bready back bone with a complex hop profile with a pleasant lingering bitterness.  In the fall of 2011 Red Dragon Double IPA was released. The hoppy brew was wildly successful and the Alley Kat Dragon Double IPA series was created. 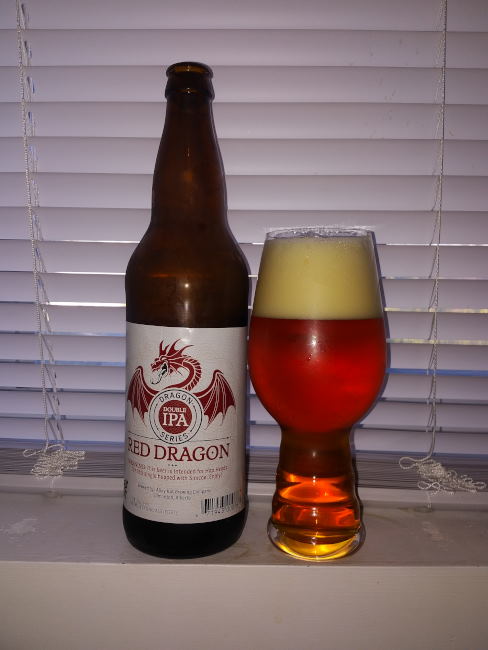