Faculty Brewing in Vancouver is getting much closer to opening now.  When I stopped in early March framing was in the early stages and there was no equipment in the space yet.  Now in late May things are really looking good. 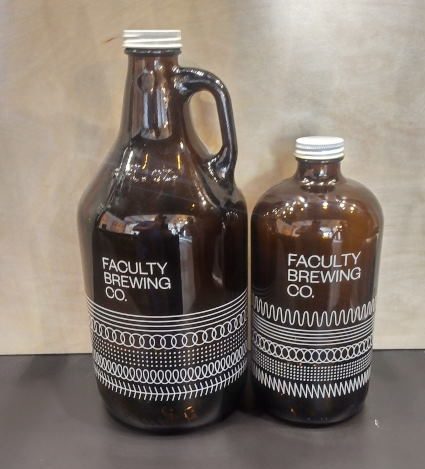 The bar is basically finished now with the exception that it is not yet hooked into the serving tanks.  There will be 6 Faculty Brewing beers on tap and in Growler fills with one two extra taps for guest beers and the likes.  The taps are really interesting as they have the ability to chance out the numbers that represent the beers numerical names.  Each beer will have a number similar to a college or university class number.  The third photo below shows the tasting room seating area.  The big black package is the bar seating.  The package behind it is of the growlers.

The brewery itself is not hooked up yet and that includes the glycol but all of the equipment is now in place.  The grain room is located in the far back corner of the building.  beside it you will find the brew house.  The grain will be augured from the grain room to the last vessel on the left of the first photo.   The next two photos show the tank farm.  Due to the cost of the transformer in the last photo there are a mix of stainless steel and plastic fermentors.

I am really excited for the opening date of Faculty Brewing.  The test batches and collaborations that I have tried have been great.  Keep your eyes peeled for an opening date!