From Fuggles & Warlock Craftworks in Richmond comes their “Kiwami Plum Sour” a small batch ale.  The beer pours a cloudy copper colour with a white head.  The aroma consists of plum, tartness and not much else.  The flavour was of full of plum, some citrus, tartness and an  overall sweetness.  The alcohol content comes in at 6.3%.  To say this beer is one dimensional is correct but it is also one of the better kettle sours I have had recently.  Its one dimension just really works! 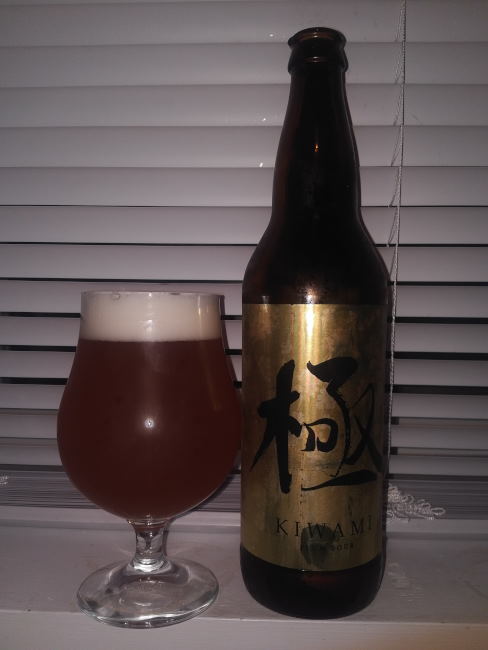