From East Vancouver’s Parallel 49 Brewing comes their latest beer in their “¡Órale! Tequila Gose” their 4th Anniversary beer aged in Tequila barrels for 9 months.  The beer pours a yellow colour with a white head.  The aroma consists of big tequila notes up front with wood, citrus and a tartness.  The flavour is of tequila, citrus, lime, wood, tartness, salt and a sweet finish.  The alcohol content comes in at 4.5% with an IBU of 6.  This one lived up to the line of Anniversary beers that Parallel 49 Brewing has released as it was very interesting and full of flavour.  Cheers to an amazing 4 years Parallel 49!

Commercial Description:  Building upon the traditional Gose beer from Germany, a sour and salty low-alcohol ale, this beer was then aged in Tequila barrels for 9 months. This gives a flavour profile similar to a tequila shot with agave flavour from the barrels, salt like the rim of a glass and sour like the lime that frequently accompanies tequila. 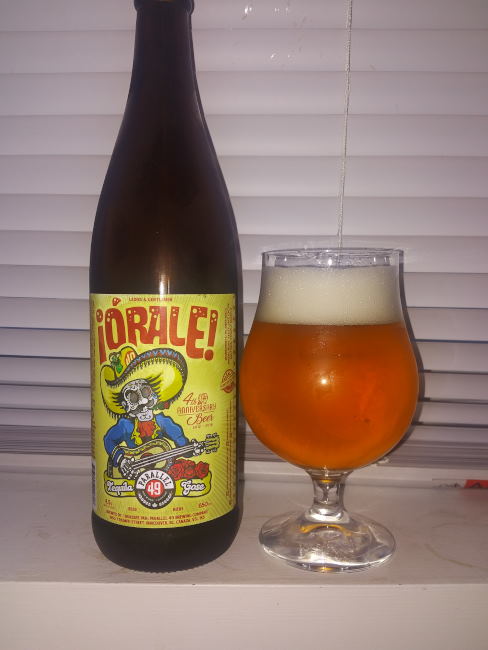