From Tin Whistle Brewing in Penticton comes their “Stag Apple Scotch Ale”.  The beer pours a deep red colour with a tan head.  The aroma is of apples and some other fruit, toffee, toasted malts and cinnamon.  The flavour is of apple, mild dark fruits, toffee, caramel, cinnamon, earth, resin and some bitterness.  The alcohol content comes in at a fairly hefty 8%.  While often apple in beer is a sign of a bad beer (it can be an off flavour) the addition of real apples to this beer make for a really pleasing mix of flavours. 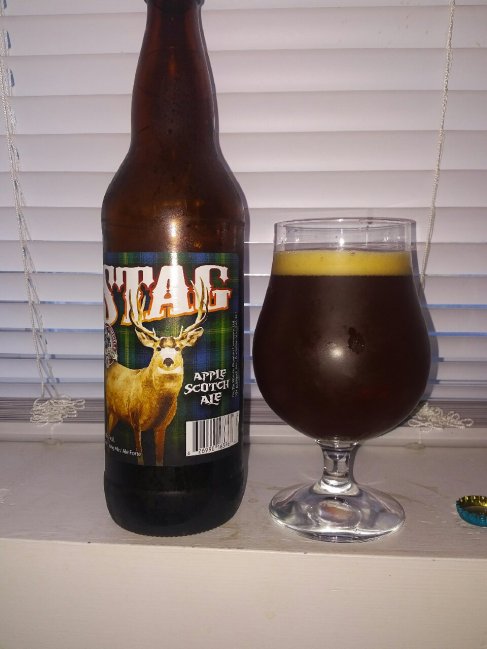