From Steamworks Brewing in Burnaby BC comes their latest release the “Flagship IPA” an East Coast style IPA.  The beer pours a very cloudy orange colour with a white head.  The aroma consists of very juicy orange, tropical fruits, citrus rind, dank hops, floral hops.  The flavour is of tropical fruit, orange, citrus rind, resin, dank hops, pine and hops bitterness.  The alcohol content comes in at 6.7% with an IBU of 65.  I love the fact that East Coast style IPA’s are now being made in BC as the flavour is so much different than what we make on the West Coast.  This is really tasty and I look forward to drinking more of it in the near future.

Commercial Description:  At last this steam-powered flagship has sailed into port. Our new Flagship IPA is generously hopped with a trio of Southern-Hemisphere hops: Mosaic, Galaxy & Citra. It pours with a cloudy glow and an intense juicy, tropical fruit aroma and flavour giving way to a balanced bitterness. Our meticulously crafted Flagship IPA is an unfiltered and unique steam-brew, 4 years in the making and truly worth the wait. 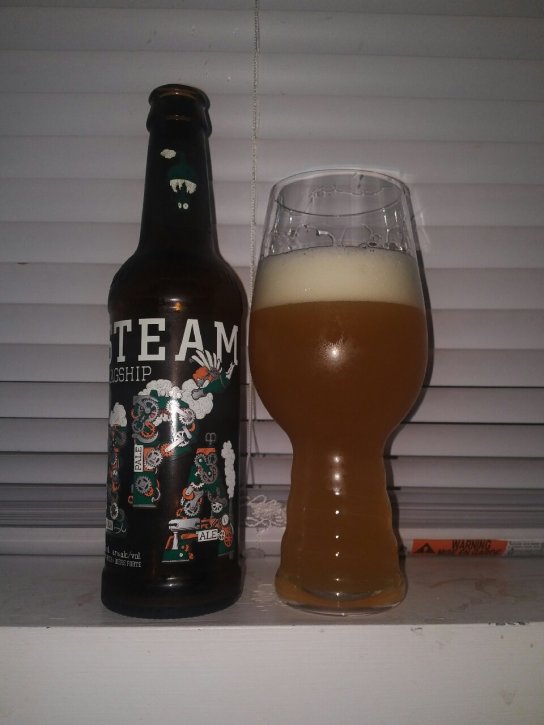