From Old Yale Brewing out of Chilliwack comes their brand new “Fresh Hop Double IPA” the first in their new Single Batch Limited Release series called the Trailblazer Series.  The beer pours an amber colour with a white head.  The aroma consists of citrus, malty, floral hops and a dank finish.  The flavour is of dank herbal hops, pine, citrus, some caramel and bitterness.  The alcohol content comes in at 6.5% and an IBU of 85.  This new beer from Old Yale Brewing tastes great although it is really just a standard IPA not a Double in my books.  The alcohol content is to low to be a Double IPA.

Commercial Description: The first beer released in this new series is the Fresh Hop Double IPA”, which is brewed with 300lbs of Centennial hops picked 20km from Old Yale’s brewery, and rushed over to be stuffed into their hop torpedo.  With incredible citrusy, piney and resiny fresh hop character, it’ll please even the most discerning hopheads. 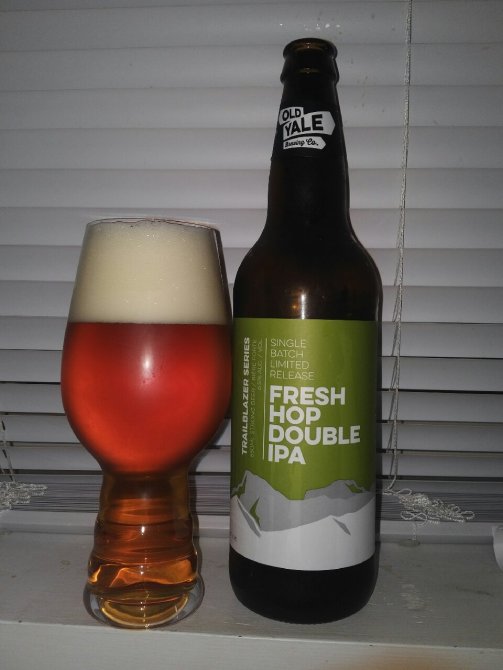