I have had Beer candied bacon at a few bottle shares and I was blown away at just how tasty it was.  I found a recipe on Craftbeer.com and decided I better give it a shot myself.  This recipe calls for a big alcohol stout or porter that comes in on the sweeter side.  I would recommend a Russian Imperial Stout or a Baltic Porter.

Here are the few ingredients you will need. 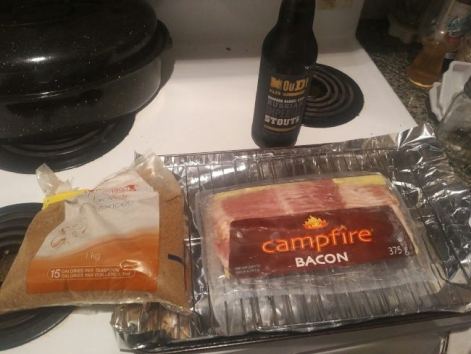 Start by taking a baking tray and place tin foil in the bottom of the pan.  On top of this place wire racks to keep the bacon elevated and let excess fat drain off during baking.  place your bacon onto the wire racks. 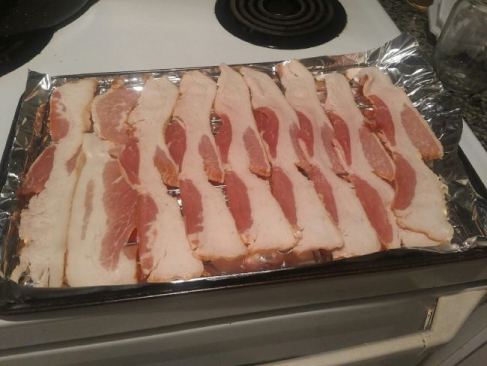 In a small bowl mix the brown sugar and beer and whisk it into a syrup.  While you do this place the bacon in the oven for 10 Minutes.

At 10 Minutes remove your bacon.  Brush the beer syrup onto the bacon and place it back into the oven for 10 minutes.

Once the 10 minutes is up again take the bacon out and flip it over.  Once flipped over brush more of the beer syrup onto the bacon. 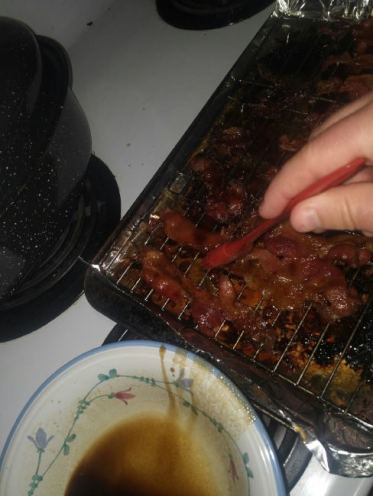 Take the bacon out again, flip the bacon and brush the last of the stout syrup onto the bacon.  This should be your last set of 10 minutes of baking.  The bacon should finish quite crispy. 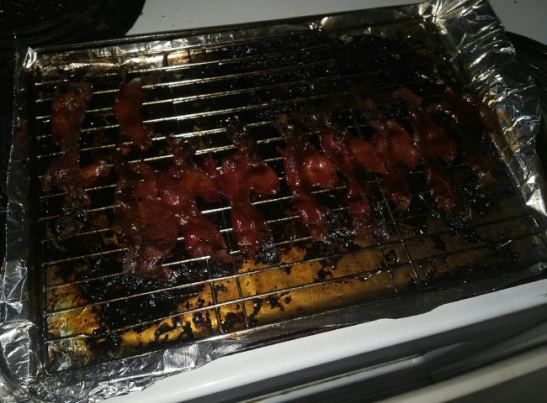 Once you have finished baking it you need to remove it from heat and let it sit for at least an hour.  This lets the syrup solidify and create the candy layer.  This is to be served cold. 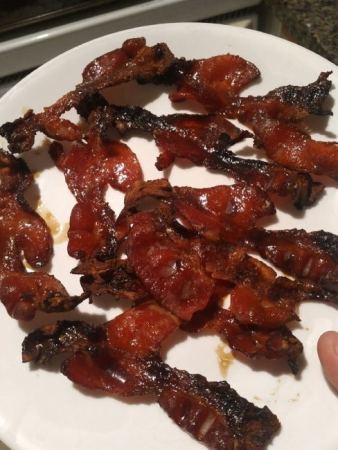 I purchased the bacon that was on sale for this batch which was a mistake.  If a proper thick cut of bacon was used it would have shrank less and would have had no burning.  I’m still perfecting my Candied Bacon game but this stuff is so tasty!