From Bomber Brewing in East Vancouver comes their “Bourbon Barrel-Aged Choqlette Porter” 2017 Vintage.  The beer pours a deep black colour with a brown head.  The aroma consists of chocolate, vanilla, toffee and hints of bourbon.  The flavour is of chocolate, vanilla, toffee, mild bourbon, oak, roasted malts, ash, coffee, mild bitterness and a dry finish.  The alcohol content comes in at 6% with an IBU of 18.  While the base beer is really tasty this one makes it pale in comparison.  They hit it out of the park with this one.

Commercial Description: BOURBON BARREL-AGED CHOQLETTE PORTER: After six months in Bardstown’s Heaven Hill Distillery bourbon barrels, our Choqlette Porter has transformed into a whole new beer. Vanilla and oak notes marry wonderfully with the Choqlette’s roasty, dark chocolate undertones and the time spent on wood has imparted a well-rounded silkiness to its mouthfeel.  Choqlette Porter was a love letter in a bottle from the brewer to his wife, so this evolution seems a most fitting Valentine. 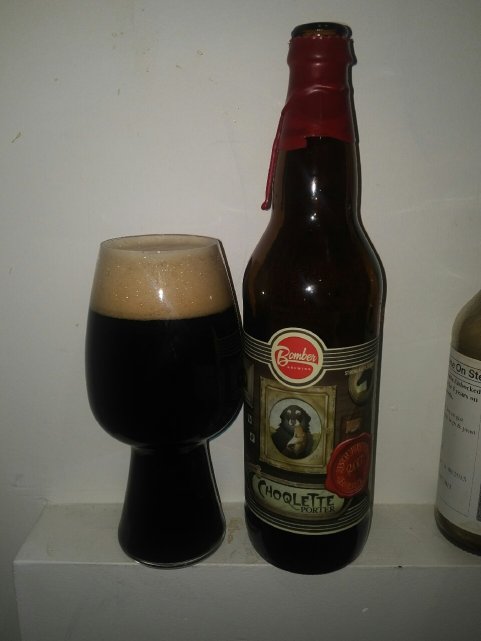