From Calgary Alberta’s Big Rock Brewery comes their “Traditional Ale” an English Style Brown Ale that is also brewed at the breweries in British Columbia and Ontario.  The beer pours a medium chestnut brown colour with a tan head.  The aroma consists of caramel, mild roast, nuttiness, earth and a sweet finish.  The flavour is of nuts, caramel, mild roast, earth some mild bitterness and sweetness.  The alcohol content comes in at 5% with an IBU of 20.  This beer isn’t going to knock your socks off but that is not what a brown ale is about anyways.  This is a tasty clean brown ale that hits the right notes.

Commercial Description:  A recipe gone untouched since Big Rock’s founding. Toasty malt and sweet caramel up front, finishes with a nutty flavour, medium creamy carbonation and mild hop bitterness.  “The unmatched quality of our Canadian grown barley is still the backbone of this beer over 30 years after it was first brewed. My comfort food in a glass, some things just never get old.” ~Brewmaster Paul Gautreau 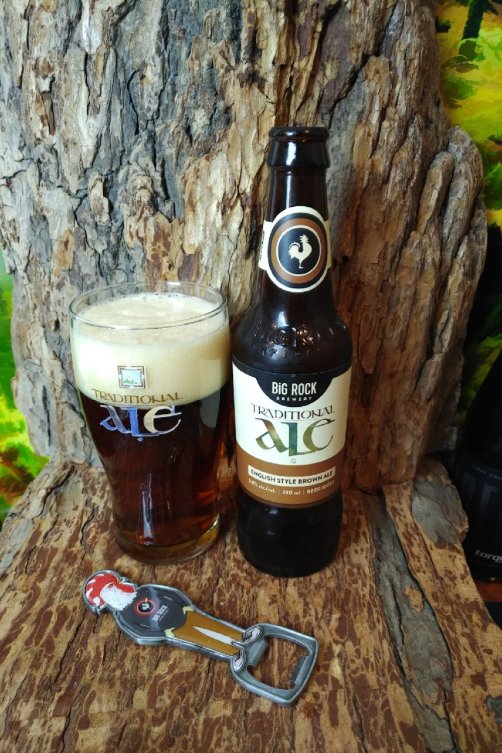