From Annex Ale Project in Calgary Alberta comes their “Formative Years Double IPA” both their Anniversary brew and well as their 100th Batch of beer.  The beer pours a copper colour with a slightly off white head.  The aroma consists of pineapple, tropical fruits, citrus, orange zest, sweetness. The flavour is of pineapple, tropical fruits, citrus, orange zest, sweetness, herbal, some grain in the background, medium bitterness and alcohol.  The alcohol content comes in at 9%.  This beer comes in on the sweeter side and works really well.  Congrats to a successful first year and to many more to come! 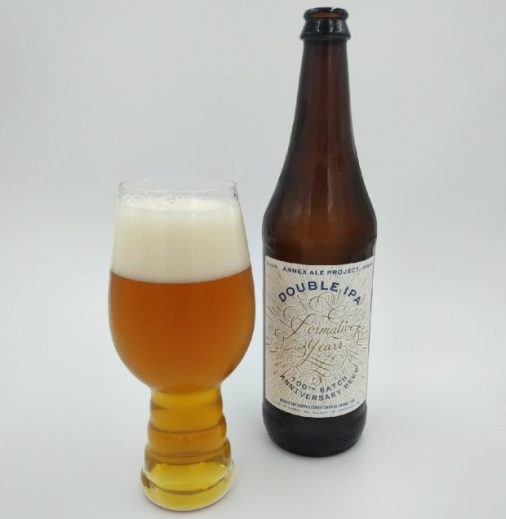