From Milton, Delaware’s Dogfish Head Brewery comes their “120 Min IPA”.  The beer pours a very deep cloudy orange with an off white head.  The aroma consists of alcohol, dark fruit, caramel and sweetness.  The flavour is of candi sugar, caramel, toffee, dark fruits, sweetness, bitterness and alcohol.  The alcohol content comes in at around 18% with an IBU of 120.  I am a big fan of Barley Wine and this beer is way more of one than it is an IPA.

Commercial Description:  Clocking in at 15-20% ABV, 120 Minute IPA is continuously hopped with a copious amount of high-alpha American hops throughout the boil and whirlpool, and then dry-hopped with another pallet of hops. Unfiltered and abundently hoppy, it’s the Holy Grail for hopheads!  We brew 120 Minute IPA a few times a year, but it goes fast. If you find some grab a few bottles — some to enjoy and some to age.  Every Beer Has A Story… 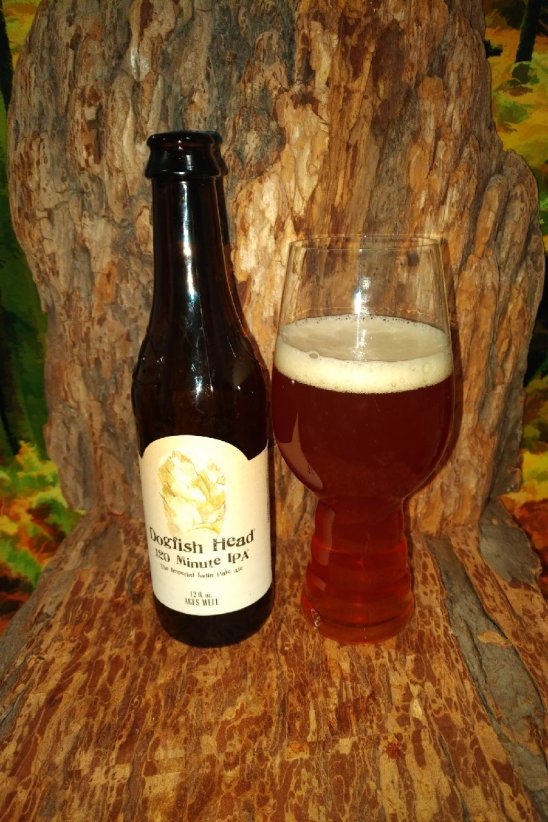 Brewdog in Scotland is known for making seriously strong beer.  I have had Tokyo* at 18.2% and Tactical Nuclear Penguin at 32% but my latest score was the strongest beer in the world in 2010 when it was released.  “Sink the Bismarck” is considered a quadruple IPA as it has 4 times the hops, 4 times the bitterness and 4 times frozen.  The beer pours an amber colour with no head and really no carbonation.  The aroma consists of booze, huge caramel, floral hops and maybe a hint of fruity citrus.  The flavour is of booze and lots of it with caramel, toffee, resin, intense hops bitterness, hops oils.  The alcohol content comes in at a whopping 41%!  At stronger 9% stronger than the next strongest beer I was surprised it was still quite tasty.  This reminds me of a hopped spirit but still tastes like and IPA.

Commercial Description:  Sink the Bismarck! is beer, amplified. With the volume turned full up, it is important you that you be careful with this beer and show it the same amount of sceptical, tentative respect you would show an international chess superstar, clown or gypsy.  Sink the Bismarck is a quadruple IPA that contains four times the hops, four times the bitterness and frozen four times to create at a staggering 41% ABV.  This is IPA amplified, the most evocative style of the craft beer resistance with the volume cranked off the scale. Kettle hopped, dry hopped then freeze hopped for a deep fruit, resinous and spicy aroma. A full out attack on your taste-buds ensues as the incredibly smooth liquid delivers  a crescendo of malt, sweet honey, hop oils and a torpedo of hop bitterness which lasts and lasts.

Check out the video they made for the beers release.

Sink the Bismarck! from BrewDog on Vimeo.