From the newest brewery in Squamish A Frame Brewing comes their “Laslui Lake Black IPA”.  The Cascadian Dark Ale pours a deep brown with a brown head.  The aroma consists of mild roasted, coffee and some hops.  The flavour is of roasted malts, black coffee, earth, hint of chocolate and bitterness.  The alcohol content comes in at 6.5% with an IBU of 65.  This is probably my favourite beer that A Frame Brewing currently offers.

In December 2016 A Frame Brewing in Squamish finally opened their doors after many many months of construction. 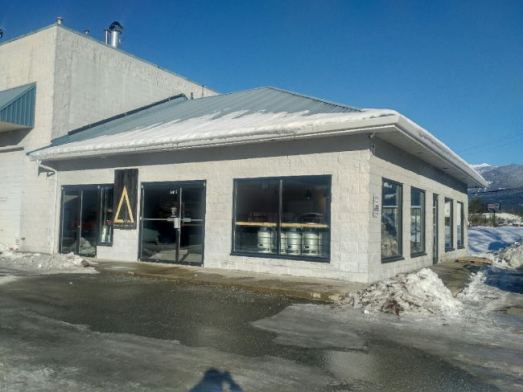 The brewery is currently not open Mondays and Tuesdays so it has taken me a little while to get in and check out the brewery while open.  The lounge has a great West Coast feel with lots of wood finishings.  It is a nice touch to have the copper behind the bar.  The chairs in the brewery are all short cuts of logs and make for a neat BC look.  They launched with 4 core beers including the Okanagan Lake Cream Ale, Elfin Lakes Belgian Ale, Sproat Lake Dry Hopped Pale Ale and the Magic Lake Porter.  They also have seasonal beers that they will be releasing.  Right now their seasonal is Laslui Lake Black IPA and it is really tasty.

Behind a chain you will see the brewery itself.  It is staff only unless you are given a tour but you can see much of it.  I didn’t go behind the line on this visit so I did not get a new photo of the brew house but I have attached one of the older shots of it.  The brewhouse is a 15 Hectoliter system.  The brewery is small with 4-30 Hectoliter fermentors stuffed into a the space as can be seen in the second and third photo.

If you find yourself in Squamish or are heading through to Whistler makes sure to stop in.  You will not regret the decision!

From the newest brewery in Squamish A Frame Brewing comes their “Sproat lake Pale Ale”.  The beer pours a deep copper colour with a beige head.  The aroma consists of caramel, sweetness, mild fruit and some floral hops.  The flavour is of biscuit, bready, caramel, citrus and bitterness.  The alcohol content comes in at 5.2% with an IBU of 38.  While this is not going to knock you socks off it is a well made pale ale and will be enjoyed.

Last time I was able to stop into A Frame Brewing in Squamish was back in late April 2016.  Things have really started to ramp up now!  Last time they had roughly framed in most of the walls as well as had many trenches in the slab.  The slab is now poured and the walls are almost finished. 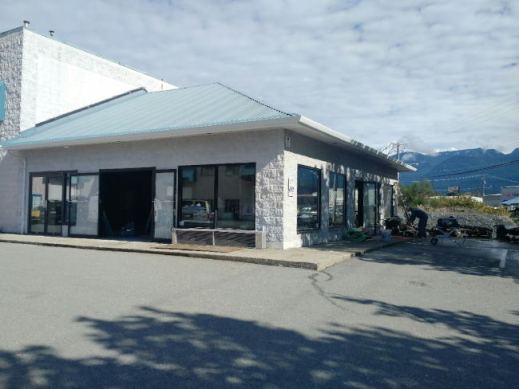 The lounge area is really coming together now.  The bar area is shaping up as can partially be seen in the first photo.  To the left of the first photo where you can see some tanks there will be a showcase for merchandise.  The second photo is of where the seating area will be located.  What can barley be seen on the left hand side of the second photo is more prominent in the third photo.  There is a signature wall with their Logo on the wall.

The brewery itself is tightly fit in the back of the building.   The brew house backs on the wall that will house the merchandise showcase.  On the opposite side there are 4 fermentors as can be seen in the second photo.  The third photo is of the grain mill room.  Due to limited space they hid a rolling staircase to get up into the grain room.

They hope to be brewing on their system asap and once that happens the wait time to opening will be coming soon after.

In late April I stopped into A Frame Brewing to check out their construction progress. Now I stopped in mid June and things are coming along. The basic framing of all of the walls is now done and they are just waiting for the last of the permits to start pouring concrete and drywalling.

The first 5 photos are different views of the tasting room and the 6th photo is the brewing space.  Hopefully all of their permits land asap and they can start really moving forward with the build out of the brewery.