From Belgium I have the Chimay Strong Ale.

It pours a cloudy baked cake brown that allows very little light through.  The carbonation is noticeable but lazy with bubbles almost meandering to the top to join the very white head of medium bubbles.

The nose has banana, clove and a fruity ester.

The flavours again show banana and a an acrid mineral quality which actually mellows the banana nicely.  The carbonation is sharp on the tongue and very noticeable because of the very light body.

The Chimay Red is the oldest of the Chimays. Its coppery color and sweet, fruity taste make it a particularly tasty dark ale.

This Ale was created in Collaboration with Sierra Nevada Brewing Company and the Trappist-Cistercian Monks at Abbey of New Clairvaux both in California.  The brewery is located in Chico while the abbey is located in Vina.  The monks may be trappist Monks but this is not an official Trappist beer but an Abby Ale.  The “Ovila Abbey Quad with Plums” is what has been born out of this collaboration. The beer pours a deep brown with a reddish tinge and a brown head.  The aroma consists of malts, sweet fruitiness, plums and other dark fruits and maybe a hint of alcohol.  The flavour is of sweet malts, dark fruit like plums, caramel, sugar, yeast and some alcohol.  The alcohol content of this brew comes in at 10.4%.  I would have to say the Monks and Sierra Nevada have come up with a great beer worthy of some day bearing the Official Trappist logo!

Commercial Description:  Ovila Abbey Quad is heady with aromas of caramel, rich malt, and dark fruit balanced by the spiciness and delicate fruity notes of a traditional Belgian yeast. This complex beer is a collaboration between Sierra Nevada Brewing Co. and the monks of the Abbey of New Clairvaux. It features sugar plums grown on the grounds of the Abbey and harvested by the monks in Vina. We hope you enjoy this collaboration ale.  A collaboration between Sierra Nevada Brewing Co. and the monks at the Abbey of New Clairvaux, Ovila Abbey Quad brings the centuries-old monastery brewing tradition to America. Ovila Abbey Quad is rich and complex with layers of flavor including notes of intense dark fruits, and caramel-like maltiness. Rich and complex, this ale should be shared among friends in the true spirit of the season. A portion of the proceeds from this ale goes toward the restoration of the historic Santa Maria de Ovila chapter house on the grounds of the Abbey of New Clairvaux. This medieval building stood for nearly eight centuries in Spain. William Randolph Hearst purchased the monastery in 1931 and planned to use the stones for a castle even grander than his famous San Simeon. Although Hearst’s plans crumbled, these historic stones will rise again in a California Cistercian abbey. 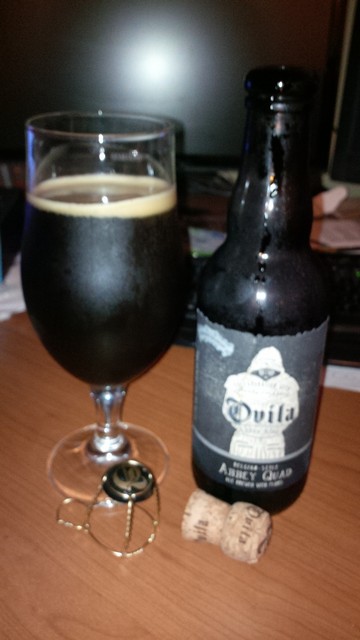