Every year the Fest-Of-Ale seems to get better just like this year.  With being a one of the beer judges for three years straight now Murderers Row ends up being my favourite event of the weekend.  With the prospect of judging beer starting at 10am Saturday we have to take Friday’s festival and after parties easy.  With the judging done and lots of food sampled on Saturday the Murderers Row Cask event is when we can let loose.  Like every year the Cask event was held at the Kettle Valley Station Pub in Penticton right after the festival but took a separate ticket than the event and is hard to come by.  With every brewery that has a cask on tap having a few people at the cask event and many other breweries staff hanging out you are guaranteed to meet people in the beer industry at this party.

In the past the ticket included a branded glass but this year they changed things up.  Everyone in attendance this year got a T-shirt with the event logos.  We also got our first pint of beer free.  With the change of glassware this year though there was a new option added.  You could either buy a pint of one of the casks or a flight making it much easier to test out all 14 casks!  A task that would be fool hardy if they only poured pints.

Like every year I tried to sample every cask and I was so close this year only missing one cask.  My big mistake was that I missed the same bloody cask two years in a row.  I need to try out Firehall Brewery’s Gin and Tonic beer!

This continues to be one of my favourite cask events every year!  The only cask event that comes close is held in Surrey twice a year.  with great beer, great people and a great live musician it makes for an amazing night!

On January 30th, 2016 (Saturday) Central City Brewing held their annual Winter Cask Festival.  This is probably the marquee cask event in BC and I was happy to once again attend.

This year the festival brought us 40 casks from breweries only found in British Columbia.  This years ticket got you a branded sample glass with three samples tokens.  More tokens could be purchased at the front desk.  Like years past many of the casks swung to the Imperial side of things which makes sense as most winter beers are higher in alcohol.

Like I mentioned before this is one of the best if not best Cask events in the entire province every year and it was not different this time.  The beer was great and the people attending were awesome.  I had great conversations that paired amazingly with the beer I was drinking.  I wish more places in BC would hold pure cask events to this scale.

My favourite beers of the night were a tie between two beers once again.

If you have never attended a cask festival or one of Central City Brewing’s amazing cask festivals then you need to change it up and attend.  Not only do you try great been but you will meet many new people that are really into Craft Beer.

Here are my full sized photos. 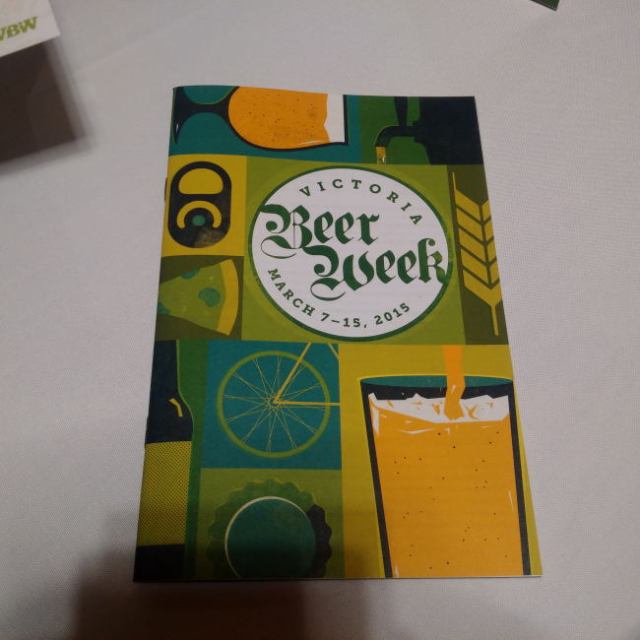 On March 14th, 2015 the closing cask festival was held at the Victoria Public Market.  While the opening cask festival centered on Victoria beers the closing cask festival centered on Vancouver and other parts of British Columbia.  Being from Vancouver I was happy to see that most of the breweries on hand brought interesting one off casks not just standard fair.  This event seemed to really have a buzz especially as many of the beer on sample were from breweries that are not easily attainable on the island.  As I know one of the organizers I did not have to wait in line and was able to get a bit of an inside look into the setup of the event.  Here are a few of the photos I took while behind the scenes. 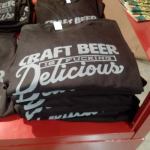 Once it got closer to the time that the doors would open I got a my grubby mitts on the list of beers that would be poured.

The beers included if the list is not clear enough:

Once the doors were about to open I was able to get my glass that came with 8 drink bottle caps and one food ticket.  More could be bought at 4 beer tokens for $5 and one food ticket for $5 both of witch you would need more as the beer and food were both great!

Once the doors opened it was a steady stream of ticket holders, brewmasters and brewery owners.  The event was very relaxed with little to no stupidity that can break out when you have alcohol involved.  People were way to excited to try amazing beer to be causing any trouble from what I could tell! 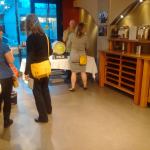 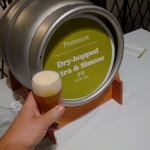 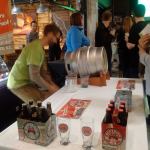 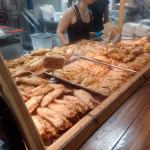 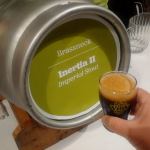 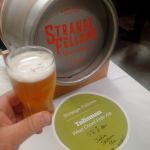 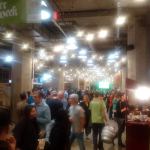 Overall the cask festival was an amazing event.  I met all kinds of great people be it festival goers or VBW volunteers.  For the Volunteers you know who you are thanks for being really friendly and chatty.  I also never need a reason to chat with all of the brewery owners and brewmasters from the Vancouver region and I did a ton of this at this closing cask event.  I have to say that Victoria seems to know how to hold a cask event to be sure!  Being inside of the Victoria Public Market really gave a cool vibe to the event also.  It is a really cool space that lends itself to large gatherings!