Growing up in Metro Vancouver I spent a lot of time at the Abbotsford International Airshow growing up.  The rumble of the planes and the aerobatics made for an exciting excursion as a child.

With Canada 150 being celebrated this year though there is a new exciting addition to the Abbotsford International Airshow.  This year they launch the Brew North Strong Craft Beer Festival.

The beer festival costs $10 per day with drink tokens costing $1.5 each.  To gain access to the beer festival you will also have to have general admission tickets to the Airshow that will run you $26.25.  When you think about it $36.25 is a really good price to attend a beer festival in British Columbia.

Here are some promo photos that were provided by the organizers taken by Sequel Photography. 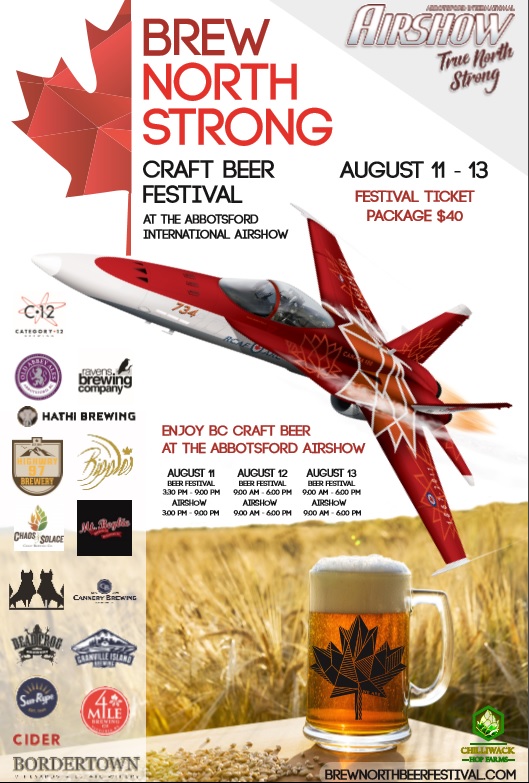 Here is their promo video that they shot

I would highly recommend that you check out this festival as it not only seems to have some really tasty beer that will be poured but there will also be some really planes preforming in the sky.

Purchase tickets at the link below.

Learn more about the festival here.