From Tin Whistle Brewing in Penticton comes their “Killer Bee Porter” aged in a  Pinot Noir Barrel for 7 months.  This Pinot Noir Barrel came from the  wine cellar of Joseph Nagy the father of Michael Nagy (of Tin Whistle).  When he was moved out of his house due to health reasons the barrel was emptied of wine and filled with the beer.  The beer pours a deep brown colour with a red tinge and a brown head.  The aroma consists of honey, wine, oak, caramel and chocolate.  The flavour is of honey, oak, red wine, tannins, chocolate, mild roasted malts, some acidity, and coffee notes.  I like this beer in its normal state but the barrel aging has added a nice complexity and acidity that it does not have normally.

This beer was a very small production and a tribute to Joseph Nagy.  Only 24 bottles were made as well as 5 kegs.  There is currently at the time of writing only 20L left at the brewery.  I feel very privileged to be one of only 24 people with bottles of this beer.  The barrel is made of Hungarian Oak and Joseph Nagy is of Hungarian Decent.  The heart breaking part of this beer is that Joseph Nagy is unable to even take a sip of this beer due to the medication that he is on.

“What began as an experiment turned out to be a  great beer to honor a great father.” Michael Nagy 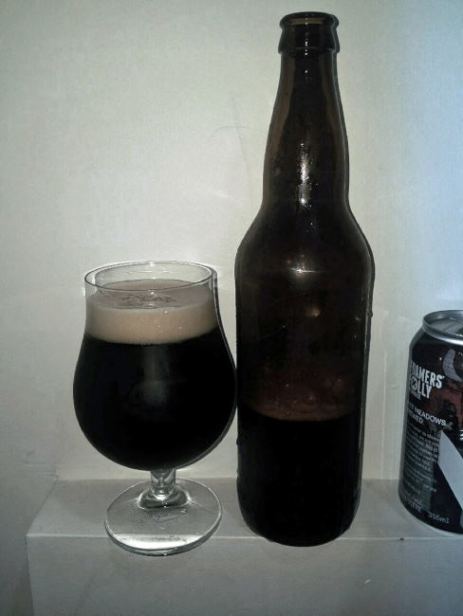 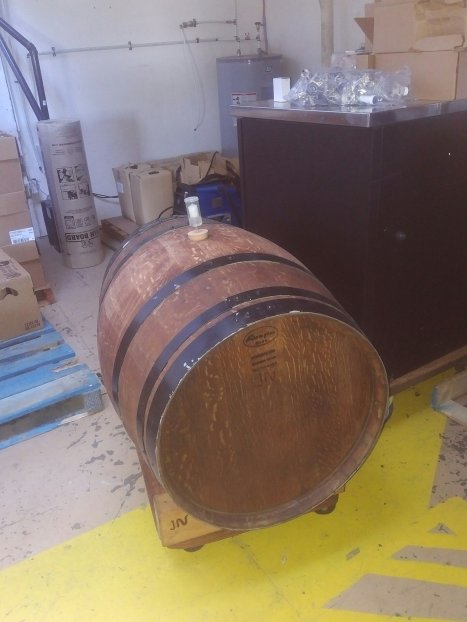 From Penticton’s new Bad Tattoo Brewing comes their “Full Sleeve Strong Stout”.  The beer pours an opaque black colour with a brown head.  The aroma consists of roasted malts, chocolate and some mild coffee notes.  The flavour is of burnt malts, chocolate and some coffee notes.  The alcohol content comes in at 5%.  I would not call this stout a strong stout for BC but I guess traditionally it is.  I did quite enjoy it none the less and I will be having more the next time I make it to Penticton.

Commercial Description:  Rich and creamy with a little sweetness left in. A touch of extra ABV to add balance. 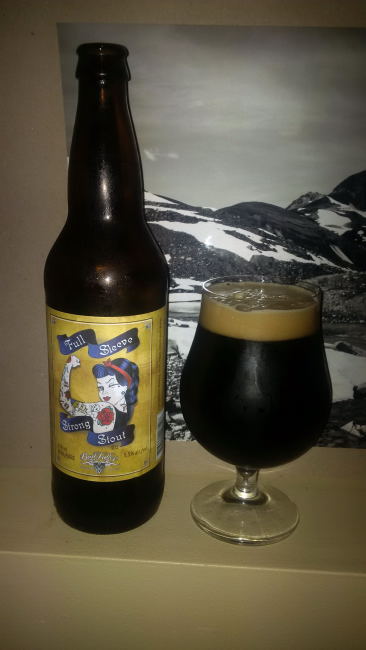