From Bomber Brewing in Vancouver in partnership with Cultch for Theatre Replacement’s East Van Panto: Snow White & the Seven Dwarves comes the “Snow White IPA”.  The beer pours a cloudy yellow with a white head.  The aroma consist of floral hops, wheat, yeast, coriander, grapefruit and some other citrusy notes.  The flavour is of coriander, citrus rind, grapefruit, pith, orange, lemon, yeast, wheat, with some dankness and pretty big hit of hops bitterness.  The alcohol content comes in at 6% with an IBU of 50.  This is a really well crafted White IPA and a nice change up for what I have been finding on the market!

Commercial Description:  This year’s brew features an international cast: Canadian barley and wheat, Belgian yeast, and hops from both Germany and the United States. Late additions of grains of paradise and hand-toasted coriander balance perfectly with the citrus aromas of Amarillo and Mandarina Bavaria hops making this White IPA the fairest of them all. *A portion of all Snow White IPA sales will go to support more outstanding East Van productions. A promotional code on every bottle allows theatre goers to receive a discount on panto tickets. 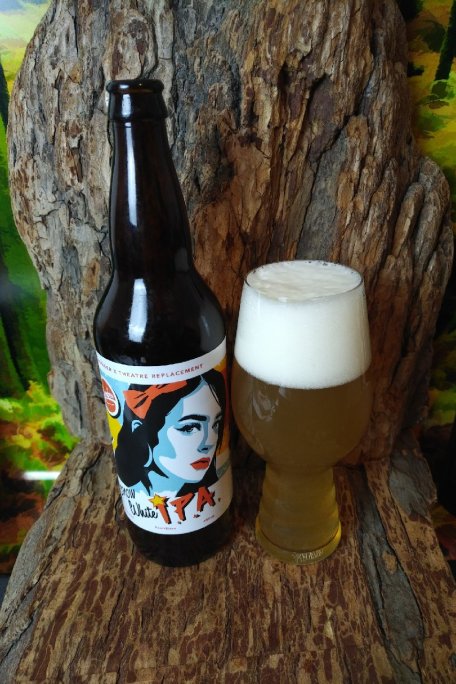