From Strange Fellows Brewing in Vancouver comes their third beer in their fellowship club the “Fellowship Nocturnum Galactica” a Cascadian Dark Ale aged in red wine oak barrels for 1 year with Brettanomyces and dry hopped with Galaxy hops.  The beer pours a deep copper brown colour with a tan head.  The aroma consists of barnyard funk, roasted malts,  dark fruit, citrus, red wine and grassy hops.  The flavour is of huge oak, barnyard funk, roasted malts, dark fruity and citrus red wine, leather, earth, bitterness and maybe a hint of soy sauce.  The alcohol content comes in at 6.5%.  This is a really well crafted beer although it has transitioned far from its original Black IPA.  I will have to pick up more bottles of this beer as I am a member of the Fellowship. 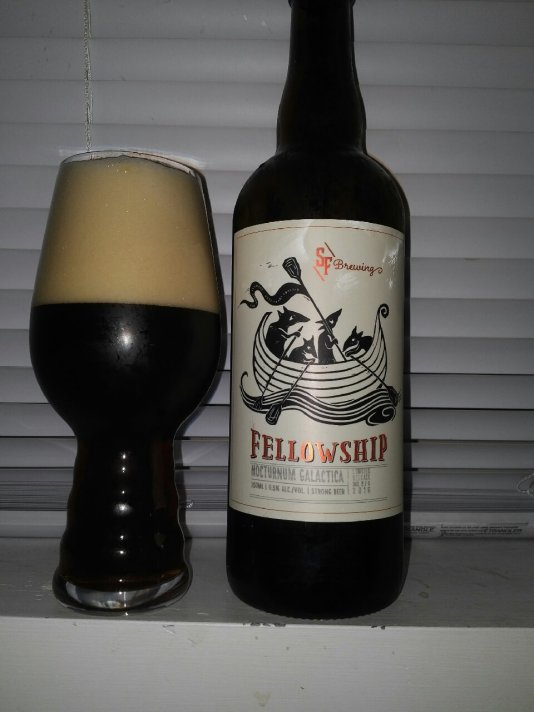 From Strange Fellows Brewing in Vancouver comes their first beer in their fellowship club the “Fellowship Greybeard Old Ale”.  These beers are only available to people that bought into the club and was the first of 4 releases.  The beer pours a deep amber colour with an off white head.  The aroma consists of oak, raisins, malts and brettanomyces.  The flavour is of oak, malts, toffee, raisins, earth, funk from brettanomyces and some alcohol.  The alcohol content comes in at 8%.  I don’t often get stumped by a beer when it comes to flavours but I did have some trouble figuring this one out.  What it is though is easy drinking and tasty and will probably age really well with multiple strains of Brettanomyces.

Commercial Description:  We are happy to announce the release of the first of 2016’s four Fellowship Beers. First up is GREYBEARD – a barrel-aged stock old ale conditioned with two different Brattanomyces yeast strains. A style not widely known in this part of the world, it’s origins date back several hundred years to Burton-on-Trent, England’s most famous brewing region. Greybeard is a warming 8% abv with a complex malty foundation and distinct Brett aroma and flavour, with raisin notes. It deserves to be drunk a little warmer than fridge temperature, so take it out for an hour before you open. 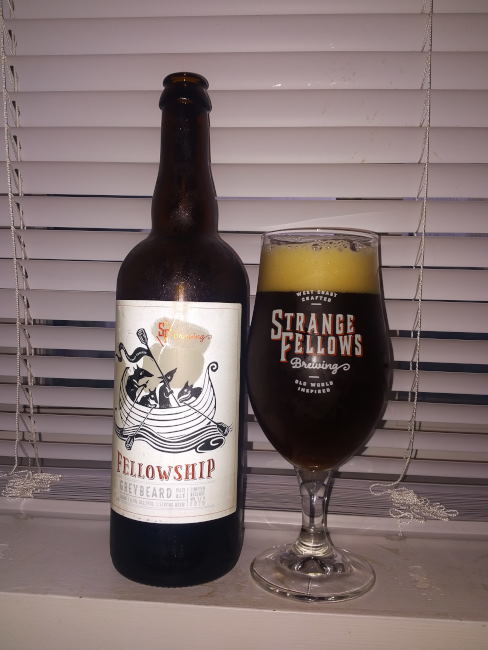