From Torchlight Brewing in Nelson BC comes their “Gruit (Traditional Medieval Ale)”.  The beer pours a deep brown colour with a tan head.  The aroma consists of lots of different spices and a sweetness but I can not really differentiate what is what.  The flavour is of a mixture of spices, sweet caramel, some sourness and lots of fruit notes.  The alcohol content comes in at 8%.  I will admit the first time I had this beer when it was still fresh I was not a huge fan but this bottle has really mellowed out and I quite enjoyed it.  I will also admit I enjoy very few Gruits as I am not a big fan of most of spice combinations they use.

Commercial Description:  Definitely not for everyone this ancient ale is sour and less carbonated than anything we drink today. The recipe is from the Middle Ages and the herbs used to make it were used before hops were discovered. Flavoured with things like mugwort, yarrow, meadowsweet, heather tips, and fermented with some brettanomyces this is definitely a strange taste experience and not for the wary. It’s bottle conditioning and best when aged so putting it away to cellar will vastly improve its taste and carbonation.

From North Vancouver’s Deep Cove Brewers and Distillers comes their “Oud Bruin (Cellar Series)” a beer aged for two years in Pinot Noir barrels.  The beer pours a deep brown colour with an off white head.  The aroma is earthy with some sweetness with very mild caramel and vinegar.  The flavour consists of earth, caramel malts, mild balsamic vinegar, mild sourness, dark fruits.  The alcohol content comes in at 7.6%.  This beer has an interesting flavour but it really could use more sourness or vinegar notes. 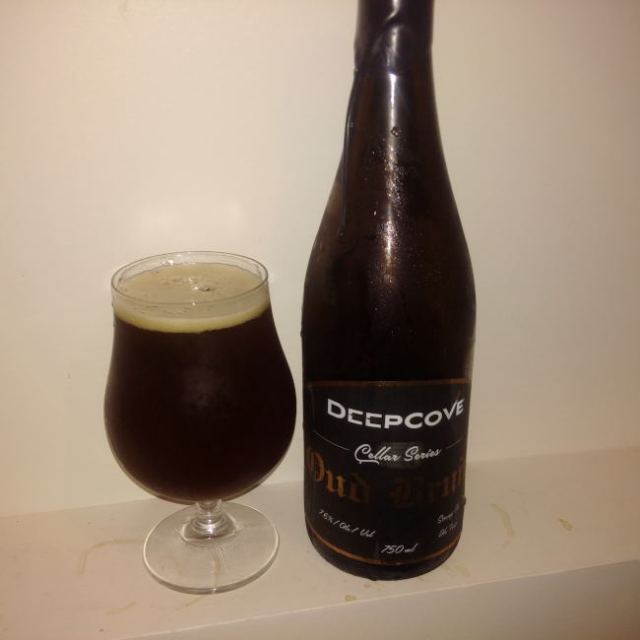 Recently two very well respected breweries in Metro Vancouver partnered up to make a collaboration beer.  Steel & Oak Brewing in New Westminster and Four Winds Brewing in Delta brought their differing expertise to the table to make a beer that bends the styles that both breweries make.  Steel & Oak are well known for their Smoked Hefeweizen as well as other smoked beers and really don’t move outside of the German purity laws.  On the other hand Four Winds Brewing has enjoyed huge success with brewing beers infected with wild yeasts and bacteria to make sour beers.  Together they have created the “Grätzer: Smoke & Sour” a Polish style smoked wheat beer with sour notes.  The beer pours a very dark copper colour with a thick tan head.  The aroma is dominated by smoke with hints of some citrus lying below the surface.  The flavour is dominated by smoke even though the smoke is not strong with notes of mild sour from lactobacillus, citrus, wheat and an almost salty aftertaste that can be found in Oyster Stouts (which would lead me to believe that is part of the oysters flavour although I don’t eat them).  The alcohol content comes in at 4% with a very low IBU of 8.  This beer is a very interesting creation to be sure and if you enjoy smoked beers you will probably quite enjoy this beer.  I am not usually a smoked beer fan but the smoke on this isn’t overpowering but the oyster like finish at the end was not to my taste.  I am called crazy all the time though as I only enjoy one type of seafood in fish.  I am quite sure most people are going to really enjoy this one!

Commercial Description:  This Lacto fermented, Oak Smoked Wheat beer is not for the faint of heart.  Smoke, spice, and a slight sourness give this bold Polish style beer a surprisingly balanced aroma and flavour. 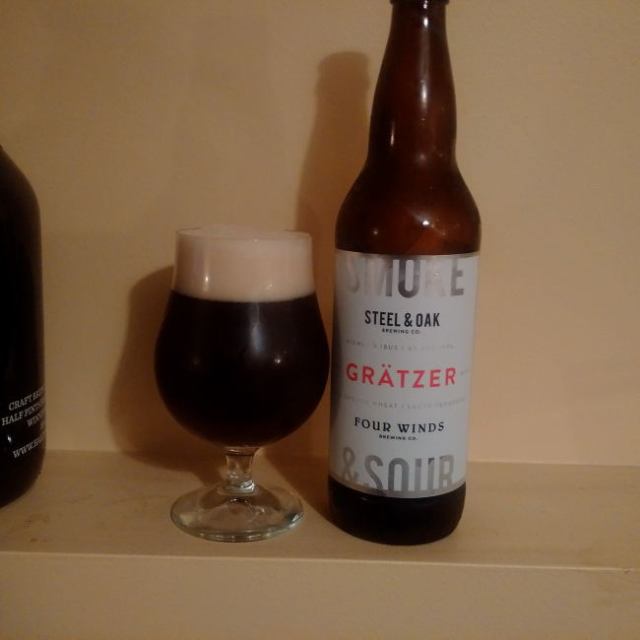 From Dageraad Brewing out of Burnaby BC comes their “De Witte” a sour fermented Belgian Witbier.  The beer pours a cloudy golden yellow with a white head.  The aroma consists of citrus and orange peel up front with bready wheat malts, coriander and other spices and a mild sour funkiness.  The flavour is of bready wheat, orange peel, citrus, coriander, spices and a mild sourness from lactobacillus.  The alcohol content comes in at 5.2%.  I do not remember having very many sour Wit’s but this is a really integrating beer.  It takes a good summer style ale and gives it just that much more intriguing!

Commercial Description:  De Witte is a flavourful summer beer brewed in the tradition of the while ales of the Flemish Brabant.  Made with malted and unmalted wheat, seasoned with orange peel and coriander and fermented with Belgian yeast and lactobacillus.  De Witte is complex on the palate, with a refreshing, tart finish. 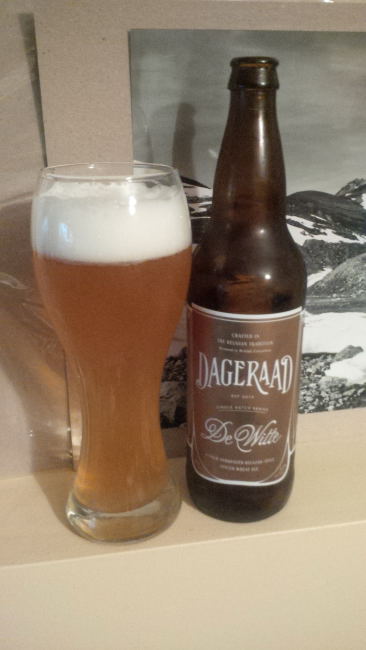 From Victoria BC’s Driftwood Brewing comes the “Bird Of Prey” a re-release of Driftwood’s first every Sour Ale a Flanders Red Ale.  The original release came out in November 2011 and started their Bird Of Prey series of Sour Ales.  This version was released in February 2014.  This Flanders Red Ale pours a deep amber/red with an off white head.  The aroma consists of sweetness, sour cherries, fruits, oak and mild funkiness.  The flavour is of grape must, sour cherries, oak, tannins, candies, mild funky sourness.  The beer comes in at an alcohol content of 7.5%.  I think this beer will be amazing in a year or two with aging.  Currently the flavours a muted and a bit  muddled much like many very young sours.  I have 5 bottles of this beer put away so I will keep everyone up to date on how this beer ages.  I recommend picking up a few bottles and aging them.

Commercial Description:  The return of the original Bird of Prey from Driftwood Brewery’s Wild Ale series, this sour ale was inspired by a Coopers Hawk that took residence in the brewery for 24 hours in November 2011. Brewed in its honour, this very unique sour beer has been conditioned in a mix of American and French oak wine barrels for a year, creating a dry, sour & funky profile that will continue to evolve in the bottle for a very long time.