From Boundary Brewing in Kelowna and Crannóg Ales in Sorrento comes their “Not For Nazis” Organic Nut Brown Ale.  This beer was born out of a digital attack that threatened the business and life of the brewer Oliver and his children for hanging an Anti Fascist flag in their brewery.  When Sorrento’s Crannóg Ales stepped up to say hey we have been hanging that flag for many months it moved over to them.  From this horrible situation this beer was born.  If you would like to hear more about the situation take a listen to the Pacific Beer Chat episode where we profiled Boundary Brewing.  The beer pours a deep chestnut brown with a brown head.  The aroma consists of a good nutty start with mild roasted malts, caramel and some residual sweetness.  The flavour was of nuts, caramel, roasted malts, some ash or smoke and a mild bitterness in the finish.  This Organic Nut Brown ale is a great example of what I look for in a Brown Ale.  So get off your couch and help fight hate by picking up a bottle of this brew! 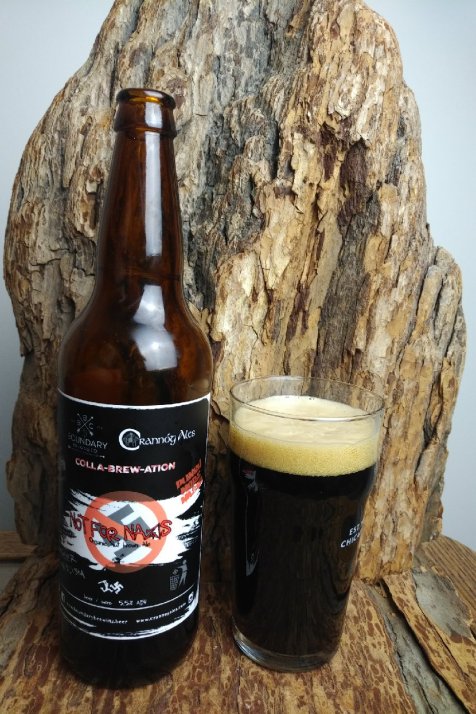 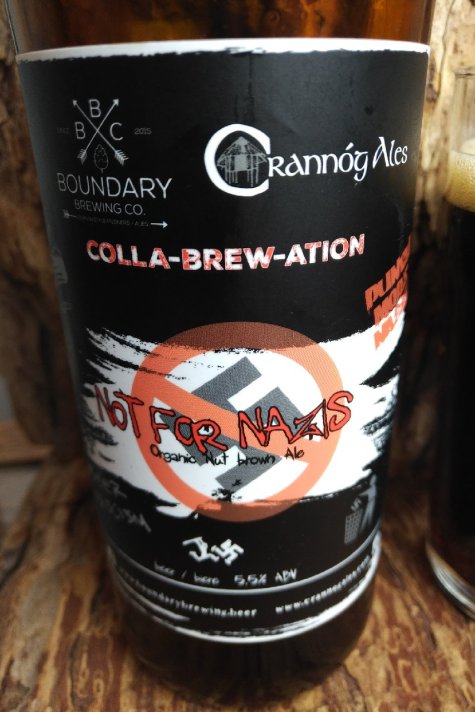 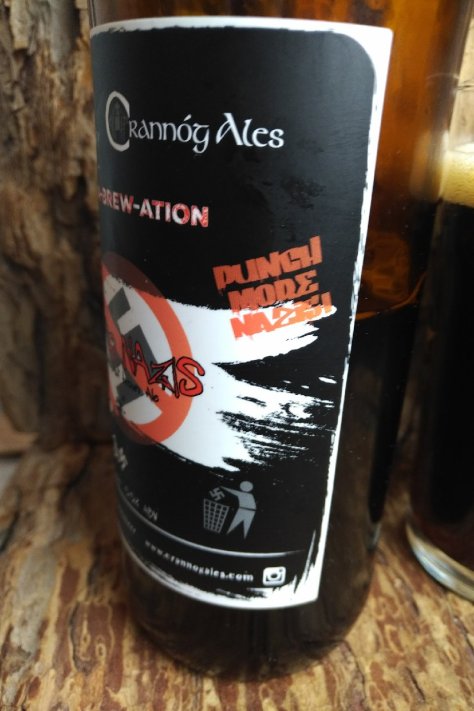 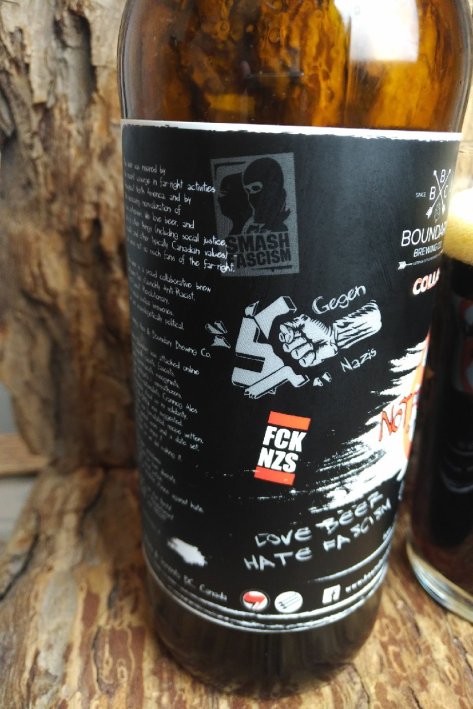