From Nanaimo’s Longwood Brewery comes their “Full Patch Pumpkin Ale”.  The beer pours a brown colour with a tan head.  The aroma consists of pumpkin, spices, toffee, anise and some sweetness.  The flavour is of pumpkin, spices, toffee, anise, dark fruits, roasted malts, mild smoke, sweetness and some alcohol.  The alcohol content comes in at 9% with an IBU of 30.  I have been a bit burnt out with pumpkin beers over the last few years but this one is a nice take on the style and I am quite happy I gave it a try.

Commercial Description:  This seasonal, Belgian Style Saison is not for the faint of heart. Born in a pumpkin patch and raised in the brewery, this 9% bad boy is not your grandma’s pumpkin pie. Eight slaughtered pumpkins and a whole lotta spice were boiled in a cauldron of barley, hops and anything else we could find lying around. Fly orange with full patch. 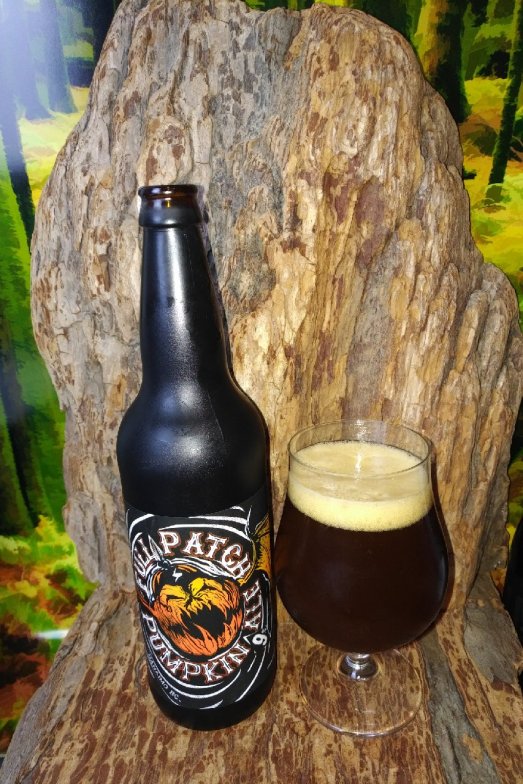 From Timmermans in Belgium comes their “Pumpkin Lambicus” a pumpkin lambic.  I don’t rush out for pumpkin beers like I used to but when I saw a pumpkin sour I had to check it out.  The beer pours an orange colour with a tan head.  The aroma consists of a lambic funk, sweetness, mild pumpkin and a hint of bready malts.  The flavour is of fruit, pumpkin and pumpkin spices, lambic funk and some cinnamon.  The alcohol content comes in at 4%.  I was not expecting much with this beer but I was curious.  I was happy to see that this was actually quite good and I would not hesitate to pick it up again.

From Torque Brewing in Winnipeg Manitoba comes their “Witching Hour Dark Pumpkin”.  The beer pours an opaque black colour with a brown head.  The aroma consists of pimpkin, cinnamon, allspice, mild roasted malts and some residual sweetness.  The flavour is of roasted malts, pumpkin, cinnamon, allspice, earth, caramel, toffee and some bitterness.  The alcohol content comes in at 6.5% with an IBU of 30.  With so many pumpkin beers being overrated this one stands out in the pack. 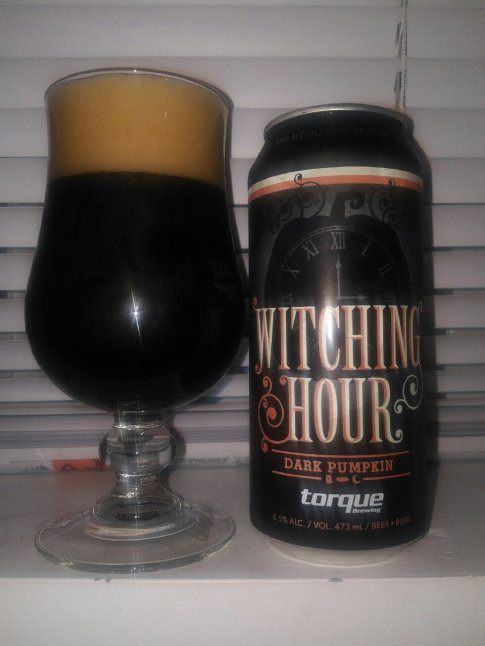 From Cannery Brewing Company out of Penticton BC comes their seasonal “Knucklehead Pumpkin Ale”.  The beer pours a deep reddish colour with an off whit head.  The aroma consists of pumpkin, cinnamon, spices and a sweet finish.  The flavour is of malts, caramel, earth, pumpkin, cinnamon, spices, sweetness and a roasty finish.  The alcohol content comes in at 5% with an IBU of 20.  If you are a fan of the pumpkin beer then make sure to grab a bottle or two of this as it is one of the better ones.

Commercial Description:  The Knucklehead Pumpkins are grown locally for us by Harker’s Organics in Cawston, BC. We roast the pumpkins with brown sugar at the Kettle Valley Station Pub and brew them with traditional fall spices to make this gnarly brown ale. The roasted Knucklehead Pumpkins bring a rich mouth-feel and a touch of sweetness to this traditionally spiced brown ale. 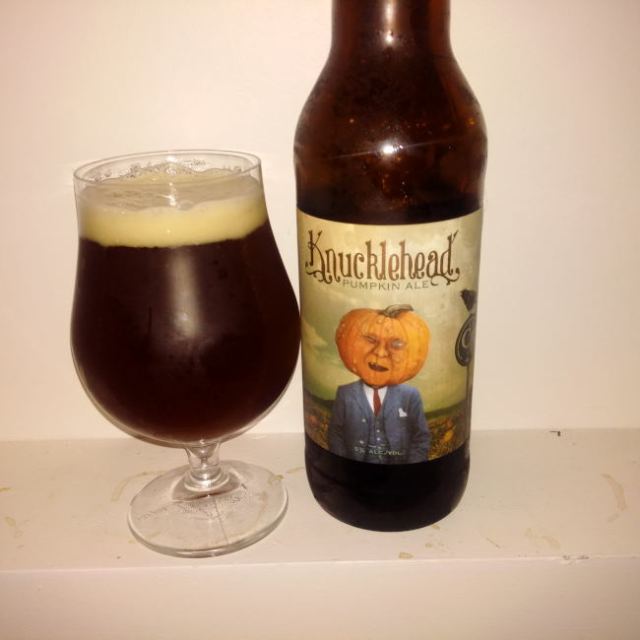 From Central City Brewers & Distillers in Surrey comes their latest in the Central City line of beers called “Patrick O’ Pumpkin Barrel Aged Imperial Pumpkin Ale”.  The beer pours a deep brown colour with a tan head.  The aroma consists of spices, vanilla, bourbon, sweetness, pumpkin, malts and some wood.  The flavour is of sweetness, toffee, vanilla, bourbon, roasted malts, coffee, spices, pumpkin and oak.  The alcohol content comes in at 8%.  The barrel aging really made this a very interesting pumpkin beer and well worth the pick up this fall.

Commercial Description:  A new fiery character-based beer smashes through the season with Patrick O’ Pumpkin. A seasoned and embittered lawman who has fallen to the dark side, Patrick O’ Pumpkin is as ruthless as they come, squashing even the scariest jack-o’-lanterns with no tricks or treats, confronting Detective Saison.  Patrick O’ Pumpkin Barrel-Aged Imperial Pumpkin Ale is a full-bodied spiced pumpkin ale that has been barrel-aged in bourbon barrels with a dark amber orange colour. This robust, strong ale is rich and flavourful with a spicy attitude that has been brewed for the seasoned craft beer drinker.  “We added a bit of twist to our pumpkin ale with an Imperial strength barrel-aged beer with bourbon and vanilla essences and some coffee and roasted flavours to make it a wonderful drinking experience,” says Gary Lohin, Central City’s brewmaster. 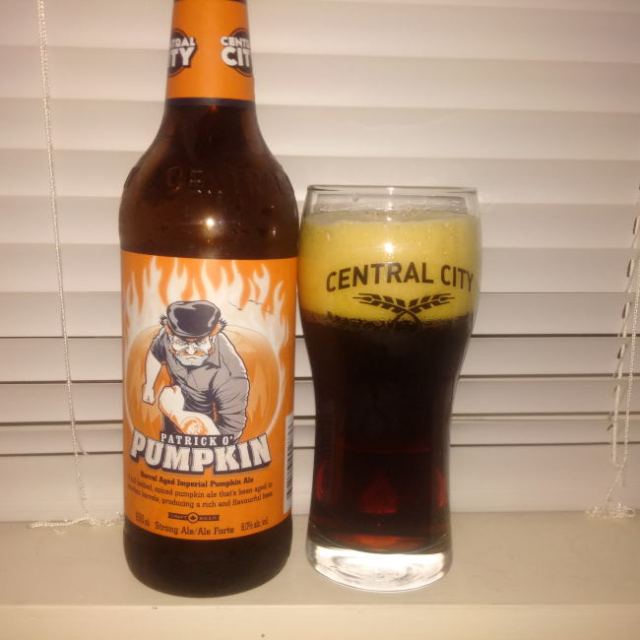