From Spinnakers Gastro Brewpub in Victoria BC comes the “Raspberry Lager”.   The beer pours a deep amber colour with a tan head.  The aroma consists of raspberries, sweetness and grains.  The flavour is of raspberry, grain, caramel, sweetness and some low bitterness.  The alcohol content comes in at 4.5% with an IBU of 8.  While I am not a fan of lagers in general this one was actually really interesting.  I would not hesitate to grab more of this one. 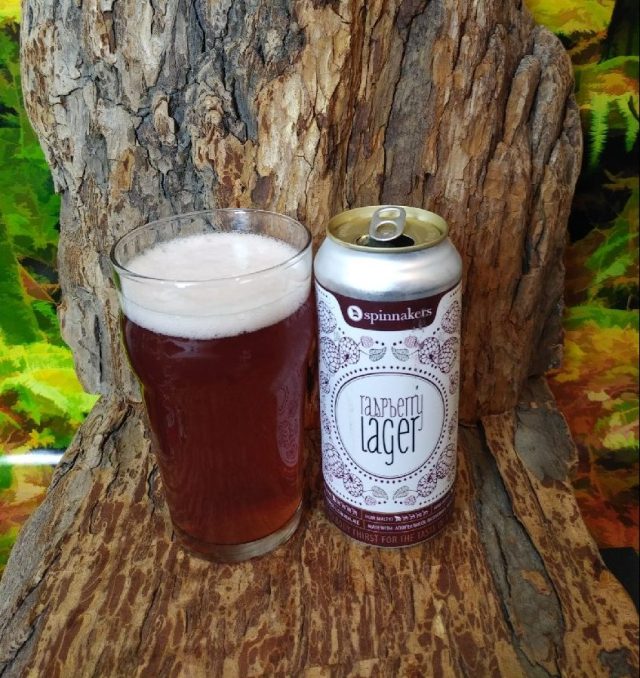 From Hearthstone Brewery in North Vancouver comes their “Wyld Raspberry Berliner Weisse”. The beer pours a reddish pink colour with a small white head.  The aroma is of Raspberry, sweetness but not to much else.  The flavour is of raspberry, tartness with some undertones of sweetness with a mild malt note.  The alcohol content comes in at 3.2% with an IBU of 00.  You can not go wrong with a nice session sour ale and this one will not disappoint.

Commercial Description:  We brew this the way they did back in the day, using a 100% wild lactobacillus bacteria to sour the beer, then we bring it back into the kettle and add 200lbs of real, whole local raspberries resulting in a pink, tart and refreshing summer beer.

From North Vancouver’s Green Leaf Brewing Co at Lonsdale Quay comes their “Raspberry Sour”.  The beer pours a deep red colour with a red head.  The aroma consists of raspberries with tartness and sweetness.  The flavour is of rasberries, mild earth, tartness and a very dry finish.  The alcohol content comes in at 6%.  Being a raspberry sour it does not stray far from the one fruit but it is quite tasty and worth a pick up!  Especially if you head to the brewery and try out all of their sours on tap currently.

Commercial Description:  A pound of raspberry for every liter of our Blonde Ale Sour.

From Bomber Brewing in East Vancouver comes their “Wolf At The Door Red Ale”.  The beer pours a deep copper red colour with an off white head.  The aroma consist of caramel, citrus fruit and some floral hops.  The flavour is of caramel, roasted malts, citrus, some raspberries, mild resin, earth and some mild bitterness.  The alcohol content comes in at 5% with an IBU of 15.  Bomber keeps making new and interesting seasonals and this one is no different.

Commercial Description:  Wolf at the Door Red Ale has been released in conjunction with Theatre Replacement’s production of “East Van Panto: Little Red Riding Hood“, which runs November 23rd to December 31st at The Cultch’s York Theatre.  Late additions of Enigma and Citra hops add big, bold hop flavour and aroma with none of the expected bitterness that usually follows. Our liberal use of Cara Red malt gives Wolf at the Door a scary red hue, but don’t let the colour intimidate you; this well balanced, malt-forward, easy drinking red ale is really a gentle and friendly Granny in Wolf’s clothing.

From Penticton BC’s Tin Whistle Brewing comes their “Pinot Noir Raspberry Blonde” a beer barrel aged in Pinot Noir barrels.  The beer pours an orange colour with a very small head.  The aroma consists of raspberries, fruit, wine and a hint of oak from barrels.  The flavour is of raspberries, cherry, mild tart, pinot noir, oak, mild grains and tannins.  This beer actually reminds me a little of a Kriek although its not a cherry beer.  The alcohol content comes in at 5%.  This was a quite tasty take on their Blonde ale and makes sense it won a Gold for fruit beers in the BC Beer Awards in 2016.