From Ravens Brewing Company in Abbotsford comes their “Clayburn Smoked Scotch Ale”.  The beer pours a deep reddish colour with a brown head.  The aroma consists of smoke, peat and caramel.  The flavour is of caramel, toffee, peat smoke, roasted malts, maple, bitterness and sweetness.  The alcohol content comes in at 7.5%.  While I am not a massive fan of smoked beers this one is well made and very enjoyable.

Commercial Description:  Smouldering smoke rises over dark caramel and a rich malty backbone, leaving you with a smooth and decadent finish.

From Surrey BC’s Russel Brewing comes their  “A Wee Angry Scotch Ale”.  The beer pours a deep brown colour with a tan head.  The aroma consists of lots of malt, caramel, toffee, mild smoke and some sweetness.  The flavour is of caramel, toffee, nuts, earth, peat, sweetness and maybe a hint of chocolate and lesser of mint possibly.  The alcohol content comes in at 6.5% with an IBU of 30.  This is an approachable Scotch Ale and worth a pickup.

Commercial Description:  A Wee Angry Scotch Ale is crafted in the style of a 19th century 90 Schilling Scotch Ale is a strong, dark ale with dominant malt accent that originated in Edinburgh. Made with Scottish specialty malts including Peated Malt imparting a slight smoky character to the beer. 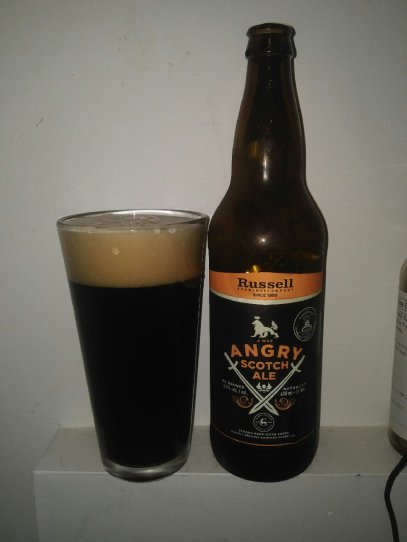 Big Ridge Brewing in Surrey did their 1000th brew on December 9th 2016.  To celebrate the event they brought together all of their former brewers to do this brew right with current head brewer Ashley Brooks.

The beer they made was called the “Brew 1000 Wee Heavy Scotch Ale” and was released February 3rd 2017.  The beer poured a chestnut brown with a brown head.  The aroma consists of sweet caramel malts, mild roasted malts, earth and some fruit.  The flavour is of sweet caramel, roasted malts, fruity, maybe a hint of peat with some mild bitterness.  The alcohol content comes in at 7.6% with an IBU of 26.  I’m not surprised with all of this brewing talent that this was a great beer.  Try to make you way out to the brew pub in Surrey or watch their social media to see where the odd keg may end up. 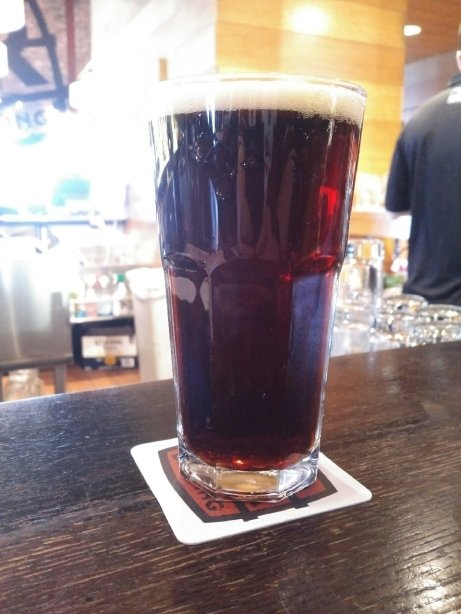 From Victoria’s Lighthouse Brewing comes their “Depth Charge”a Barrel Aged Scotch Ale.  The beer pours a deep chestnut brown colour with reddish notes with an beige head.  The aroma consists of vanilla, oak, roasted malts, caramel, chocolate, fruit and sweetness from brown sugar.  The flavour is of vanilla, oak, roasted malts, some ash, brown sugar, caramel, toffee, chocolate, earth, resin, tobacco, leather, bitterness and alcohol.  The alcohol content comes in at 9%.  It has unintentionally been a while since i have had a beer from Lighthouse Brewing.  This one was very well made and I am happy that I noticed it on a shelve at a Vancouver liquor store.

From Tin Whistle Brewing in Penticton comes their “Stag Apple Scotch Ale”.  The beer pours a deep red colour with a tan head.  The aroma is of apples and some other fruit, toffee, toasted malts and cinnamon.  The flavour is of apple, mild dark fruits, toffee, caramel, cinnamon, earth, resin and some bitterness.  The alcohol content comes in at a fairly hefty 8%.  While often apple in beer is a sign of a bad beer (it can be an off flavour) the addition of real apples to this beer make for a really pleasing mix of flavours.