From Granville Island Brewing out of Vancouver comes their new “Winter Wit”.  The beer pours a cloudy orange colour with a white head.  The aroma consists of coriander, spices, orange, wheat, yeast and floral hops.  The flavour is of orange, coriander, clove, cinnamon, nutmeg, citrus rind, wheat and yeast.  The alcohol content comes in at 6% with an IBU of 18.  This is an interesting take on the Wit.  It is a bit winter ale and a bit wit.  If you like the sound of this you should really like this beer.  Granville Island Brewing is owned by Molson. 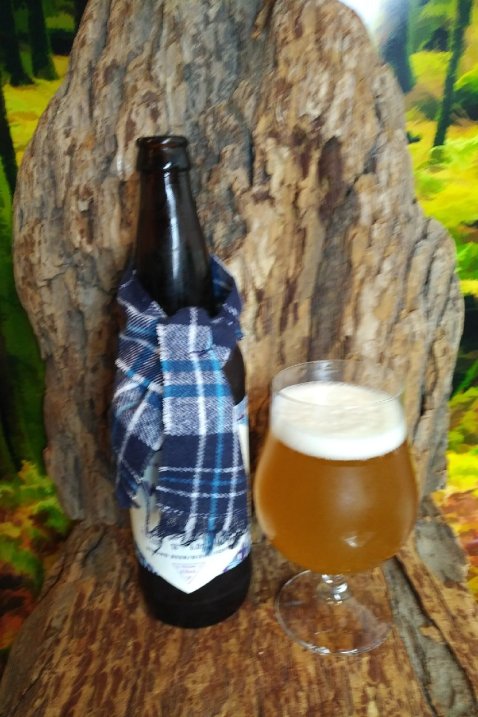 This may be my favourite festival going forward.  It was well organized, busy but not crowded, full of one-off casks and there were a ton of extras that came with the ticket.  Plus I got to debut my drinking horn.

Let me apologize for the lack of pictures, I was having too much fun.  You can see Mike’s post for his pictures.

Tickets are $49 and you get 10 tasting tokens, 1 custom burger with beef, chicken or veggie patty and fixings and a poutine with beef, mushroom or butter chicken gravy and fixings.  On top of that there was live entertainment, a large, easily accessible water station and good seating.

I know layout isn’t really interesting but I do have to point out that everything was really well laid out.  The event was held in a ballroom at the Coquitlam Executive Plaza Hotel and the hallway outside of the ballroom.  Inside the ballroom the casks, seating and entertainment were setup, casks in the middle and seating on either end.  Out in the hall were the food stations along one wall and a huge water station on the other wall.  This allowed people to circulate so well and water was always easily available.  I never waited more than a minute for a sample and all of the people manning the casks could chat for a moment because there weren’t huge lines.

The “Pro-Am” part of the event title stands for “Professional-Amateur” so there were homebrew clubs with casks to show off, including the Cow Town Yeast Wranglers who brought an Anise casked beer which was my favourite of the day.  Kwantlen Polytechnic University’s Brewing program brought two beers, one brewed by students the other by their instructors.  This really added some fun to the event and ensured there were new beers I had never tried.

Topics of Discussion: Winter beers: our likes, dislikes and wants.

Stanley Park Brewery really knows how to throw a party and this was no different.  With an ice rink usually found under street level at Robson Square it only made sense to hold a winter beer launch party here.  For the lucky people that either won their way into this party or were invited everyone had fun.  There was lots of the Ice Breaker on tap or in bottle and lots of food to pair it with. 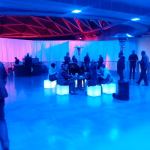 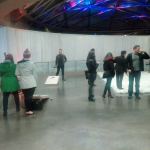 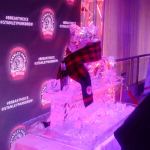 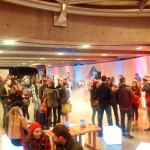 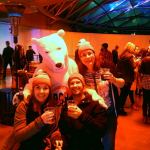 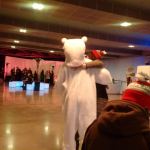 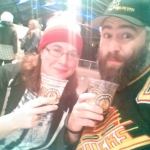 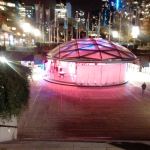 If you have never tried this winter ale then you should really check it out as it is not a Vanilla bomb but almost like a Black Forest Cake.  It is one of my favourite of the style!

Much like the last few years they have changed up the recipe for one of their well known seasonal bomber releases the Winter Beeracle Winter Ale.

The Winter Beeracle pours a deep chestnut colour with a brown head and lots of lacing.  The aroma consists of malts, vanilla, chestnuts and an overall sweetness.  The flavour is of caramel malts, vanilla, chestnuts, dark chocolate, brown sugar and some hops bitterness.  The alcohol content comes in at 7.5% with an IBU of 24.  Every year this beer seems to be getting better and this year is no different!

Coming later in the Winter will be the brand new seasonal the Nutty Uncle Peanut Butter Stout.  This beer will be launched late in November and is a single batch beer.  It is a peanut butter, chocolate milk stout.

The version on hand at the party was a cask from the very first batch.  They have since added lactose to make it a milk stout and have added more peanut butter.  I can attest to the fact that it was already really tasty and will only get better!

Thanks to Dead Frog Brewery and its whole crew that showed up for the party far away from the brewery!  It was an amazing time and I look forward to having a few of these seasonals this winter!

Here are the full sized photos from the event.