On January 22, 2017 I finally attended the Tri-Cities Cask Festival Winter 2017 Pro-Am.  What a festival it turned out to be. 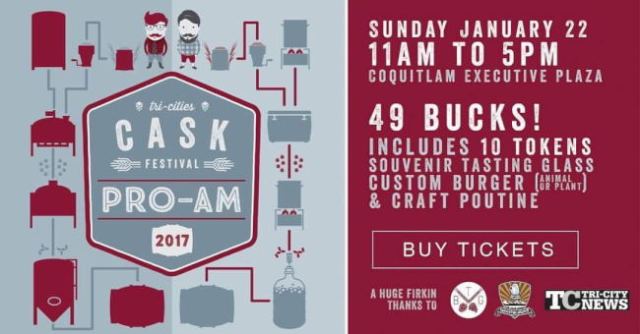 As beer festivals go this has to be one of the best fests for your buck in the province.  With $49 dollars getting you 10 samples, a custom burger and custom poutine you just can not go wrong.  I also love that this beer fest is 100 percent casks!  Basically every beer that was on offer was a one off creation just for this festival and that seems to be lost in the majority of beer fests these days.  When I saw that 577 people would be in attendance for this festival I expected the room at the Executive Plaza Hotel & Conference Centre to be larger.  Somehow with even this many people in the space it never seemed super busy.  I never had to wait more than a minute to get a sample of a beer I wanted to check out.

Here are the breweries that took part in the cask festival:

One of the more interesting facts about this festival was that it was a pro-am so there were also casks from some home brew clubs that were made in collaboration with local breweries.

Everyone that I talked to at the festival was having a great time and seemed to be really happy with the cask beer that was on offer.  I have to say that the burger and the poutine were also awesome!

The following photos are of the different beer that I was able to sample while enjoying the festival.  Every beer that I consumed was enjoyable but like all experimentation some were better than others and some were next level.

I had a great time tying out all of the beers that I did try and I wish that I could have tried more.  Here are my winners for the ones that I was able to try.

Now the festival had awards that were voted on by the ticket holders of the festival.  All voting was done via a website and near the end of the festival the winners were announced.  While one of the awards Lines up with mine the other one did not.  Here are the festival winners as per the overall festival goers.

There is no doubt in my mind I will be attending more festivals in the future put on by the Tri-Citires Cask Festival people and you should check one out too!  They consist of great beer, food, people and you never have to wait long for a sample like you do at some festivals. Also as the BC government opens up the liquor laws these pro-am events may become even more easy to host.

The next festival they are holding is taking an whole new spin on the festival and making it about the Women in Beer in the Province of British Columbia.  Not all of the women involved will be brewers per say but they are all integral in making their brewery awesome and will help make the casks for the event!

Make sure to check out Siris Cask Fest coming up on April 22nd, 2017.  An added bonus for the women out there the first hour is only open to Women! 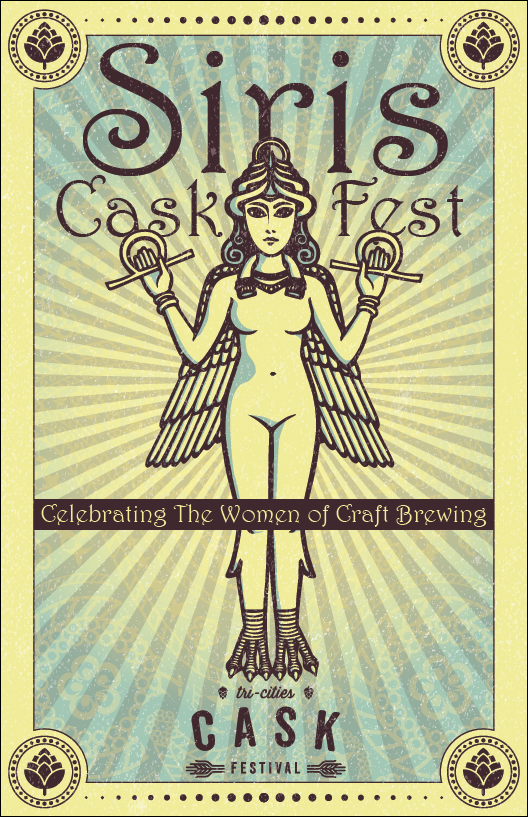